anatomy of a haiku

This poem fulfils the criteria for a haiku in a number of ways.  Haiku should be the result of an insightful moment when something links a human to nature.

The human element in this poem is strong, ‘dusk at the golf club’ : the writer is going inside. The day has ended. The tawny frogmouth is coming out; his night of searching for food is just beginning.

The centre line acts as a pivot for the first and third lines: the coming and going of two creatures who share the same territory.

The marker pole is important to both.  It is the link between them. It guides the human and the frogmouth uses it as a perch from which to watch for prey

The human will probably go into the club house and prop on a stool to eat and drink.  Is their behavior so different?

This haiku performs in the way in which a well-crafted haiku should – by leading the reader’s mind far beyond the words on the page.

Hiroaki Sato's "Haiku and the Agonies of Translation" published in a Frogpond XXII supplement of theory and analysis in 1999, included 30 of Janice's haiku.
Hiroaki Sato also translated haiku of ozaki hosai in the book called: "Right Under the Big Sky, I Don't Wear a Hat" (Rock Spring Collection of Japanese Literature) [Paperback]

On a very sad Note:
Regrettably Janice has passed away: 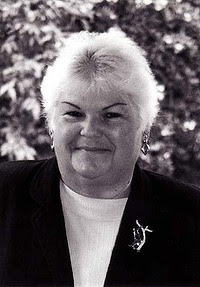 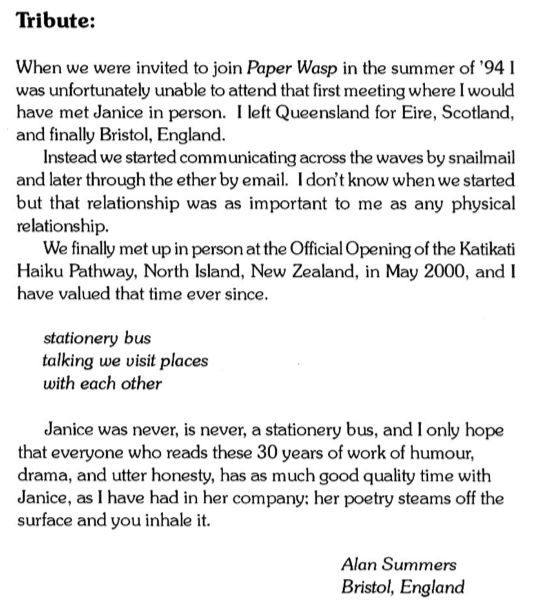 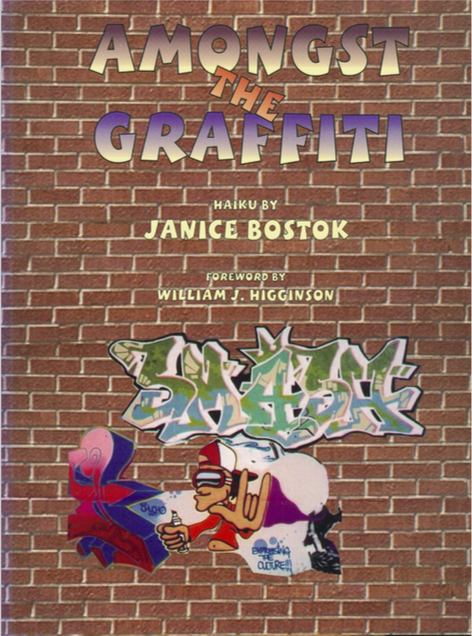 Amongst the Graffiti is available as a PDF:
http://www.thehaikufoundation.org/omeka/files/original/df12235e5c93205f453c40dc7d86bf7c.pdf