We now have a brand new name and website!

For more information about courses in 2018 don't hesitate to email Karen at the new email address of:
admin@callofthepage.org

If you are interested in a tanka class, that is a tailored individual course, to set you up before Christmas, just drop Karen a line for an information pack.

We have now become Call of the Page. If you would like to enquire about our online courses you can email Karen at: admin@callofthepage.org

We would be delighted to hear from you, and let you know about our exciting courses planned through 2017 and beyond.

We're busy on our 2014 With Words course schedule, but we will be running both tanka and haiku classes, tutored by Alan Summers, starting November 1st.  We're late promoting this, so early bird rates - US$70 and £45 - will apply if paying by Monday November 21st.

Please email karen@withwords.org.uk for details of either course and comments from previous students.


As well as our regular yearly residential haiku course in S.E. England, just outside London, we are looking forward to planning a London Haiku event in the new year too, but more about that later!

For now, our residential course details, where the food is incredibly delicious, and the refreshment breaks are filled with the aroma of hot drinks of all kinds, and wonderfully fresh cake and biscuits.  And we can relax into the holistic approach of haiku... 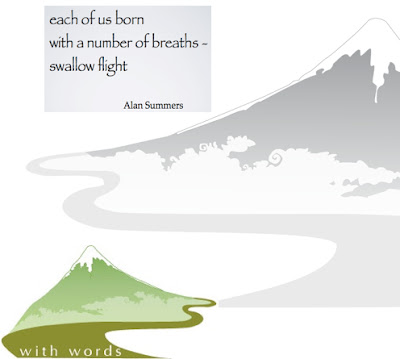 
The Holistic Approach to haiku:
self-development through poetry
with Alan Summers

You can phone Claridge House to ask about the course, and they'll have an info sheet I designed for them, so they can answer your questions about haiku:

A friendly inclusive course that finds out just what makes a haiku poem really tick.  We'll look at how our experiences, both external and spiritual, can become haiku, and act as important records of our life.

There will be time for plenty of one-to-one feedback, and group discussions with lots of time for questions.

Plus there will be a debut of a number of new approaches to haiku to help both newcomers and those still learning.    A lot has happened with haiku in the last handful of years, and I'll show how we keep the traditional form but in Japanese style update it at the same time.

We'll also check out the popular new Yotsumonos derived from Chinese puzzle-poems for fun, and finish the course with the ever popular linked verse poem called renga.

Here’s the schedule of participation time from last time including:
http://area17.blogspot.co.uk/2013/03/haiku-holistic-approach-week-end.html

meal breaks, rest breaks, tea, coffee and scrumptious cake and biscuit breaks, oh you lucky people, the food and refreshments are out of this world and available for those who are non-gluten, non-wheat, non-dairy, and vegetarian and vegan diets.

I love all the diets provided, and diet means lots of food if you want, but beware second and third helpings are addictive.

His collection of contemporary haiku poems called:
Does Fish-God Know
(released Autumn 2012) is available at Amazon: 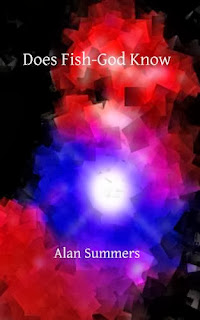 Alan also appears in the Norton anthology on haiku, available at Amazon or Norton: 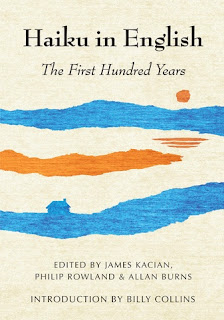 For more on Alan:
http://area17.blogspot.co.uk/2013/03/haiku-holistic-approach-week-end.html

Haiku Online Courses, and other genres:

We also run our regular and popular online With Words courses in haiku and tanka.

cumulus clouds
a clattering of jackdaws
rearrange their pattern

note:
An archaic collective noun for a group of Jackdaws is a "clattering."
http://www.newworldencyclopedia.org/entry/Jackdaw
http://en.wikipedia.org/wiki/Jackdaw

First recorded in John Lydgate's Debate between the Horse, Goose and Sheep, c.1430, as "A clatering of chowhis", and then in Juliana Berners Book of St. Albans, c.1480, as "a Clateryng of choughes."

through an open window
a kookaburra laugh
enters

Seven Sisters the call of owls either side

V to U
a parliament of rooks
shift their flight

For further information, please don't hestitate to contact Call of the Page Course Director Karen Hoy, who will only be too delighted to send you information about these intriguing short verse poetry genres.

Now out! Lakeview International Journal of Literature and Arts Vol.1., No.2., August 2013 plus Special Feature on haiku, tanka, and haibun 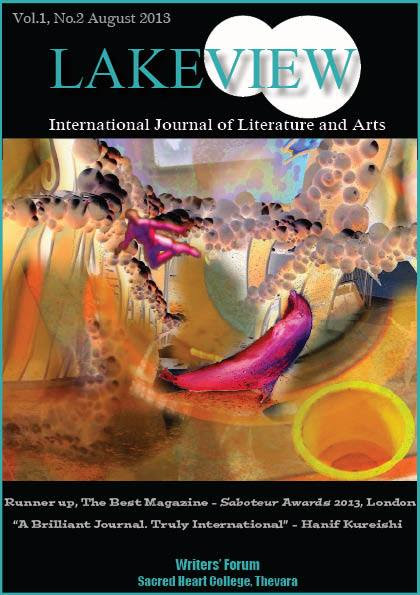 Now a little more than 21,000 reads from across the world - popular in the UK, USA, India, Ireland, Canada and Australia plus readers from other countries where English is used for another purpose.


Lakeview International Journal of Literature and Arts Vol.1., No.2., August 2013
http://issuu.com/lijla/docs/lijlaaugust2013
n.b. To know how to download the magazine see further below.

There is also a special feature that focuses on haiku and related poetic forms, guest edited very effectively by our advisory board member Alan Summers. 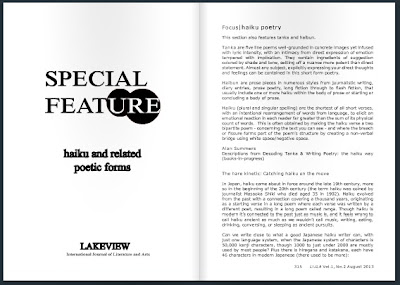 Runner Up in the Best Magazine category of Saboteur Awards 2013, London. We got a reader comment that goes ‘Lakeview is a breath of fresh air, no clichés and obvious choices. Here to stay.’ It is indeed a great achievement to get an international recognition soon after the publication of the first issue of our journal. 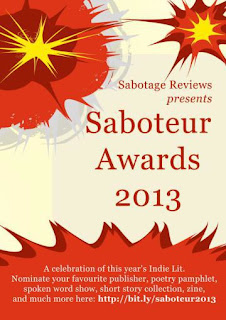 He will be appearing at The 13th International Conference on the Short Story in English, (15*)16 to 19 July, 2014, Vienna, Austria: http://www.shortstoryconference.org/jose-varghese

There is no need to register with Facebook, there is an 'or' choice: 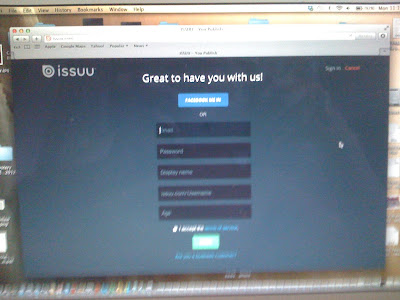 Once you have confirmed your registration by clicking onto a confirmation email, it will direct you to start your preferences in publications.  You get to a second screen page where top left is a search finder icon of a magnifying glass.  Type in Lakeview Journal, and voilà! :-) 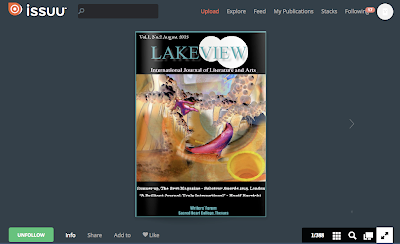 First, click onto the lower right box with two arrows in different directions (which is highlighted in white). 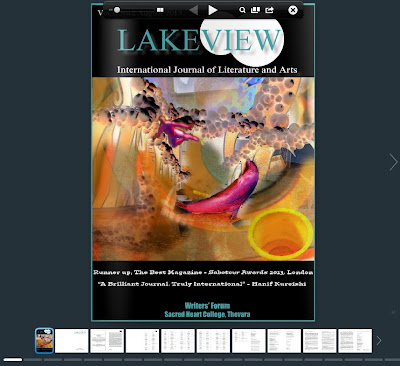 Then go to top right where the box with an arrow is, and click that, which gives you this: 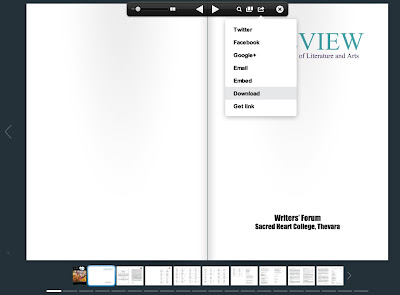 I do recommend registering with Issuu as there are other fine magazines of various genres that you can download too.

Due to demand we have created a November haiku class which is filling up fast.

You can email karen@withwords.org.uk for details

Now in Print! Bones - a journal for contemporary haiku 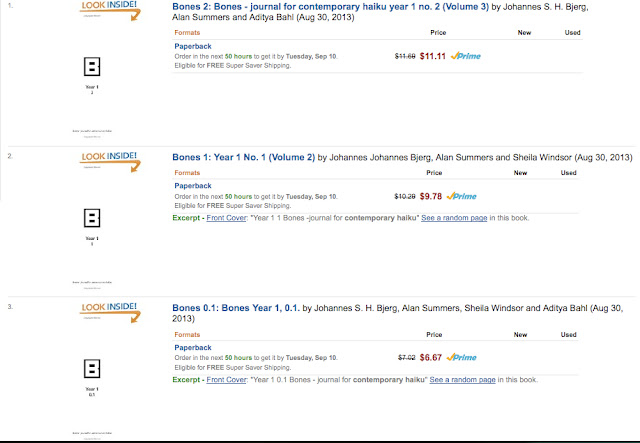 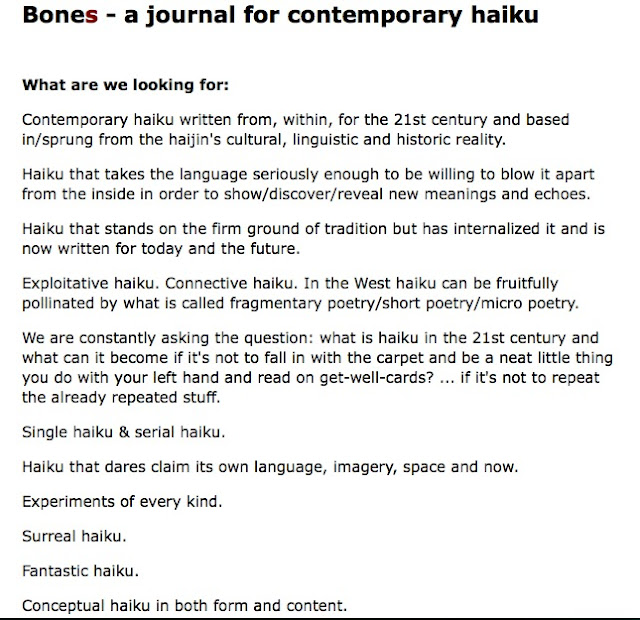 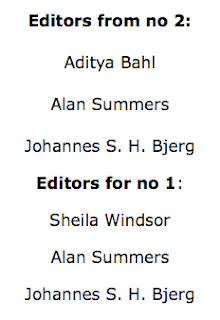 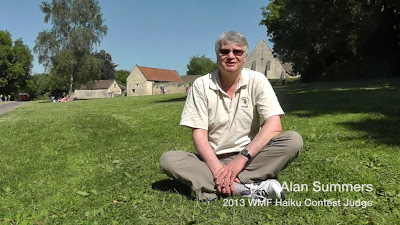