UPDATE!
There'll be a new program regarding the next haiku and rap workshop events, very exciting developments.

For workshops with sixth formers, and also older people.

I'll be showing both Classic and Contemporary examples of haiku, as well as reading from Does Fish-God Know.

There'll be a relaxed fun exercise that can be continued from home: 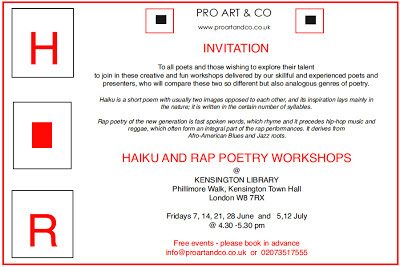 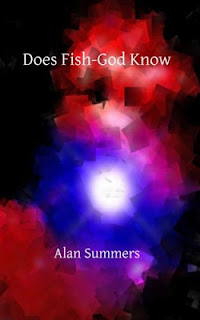 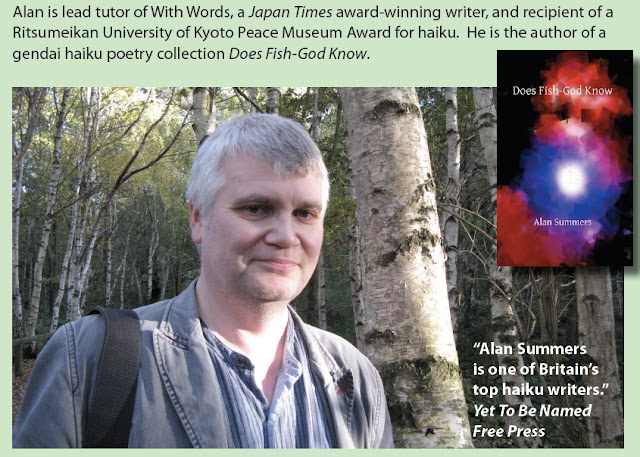 For anyone intrigued by haiku and unable to attend we do run online haiku workshops:  http://area17.blogspot.co.uk/2013/03/dates-for-next-online-haiku-tanka.html