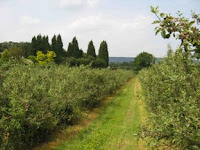 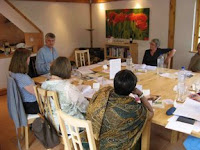 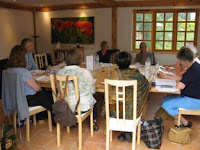 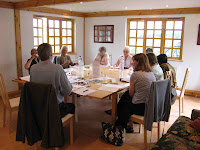 The AppleHouse workshop studio is one of the nicest places I've ever workshopped in! The students were excellent too! 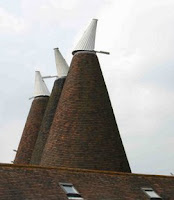 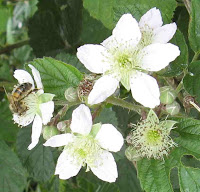 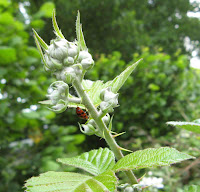 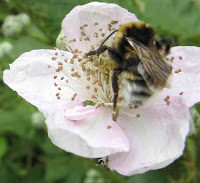 The nearby oast house, and some of the insects. I also saw a fox cub come out from the orchard and pose for a couple of seconds but I'd foolishly switched my camera off. 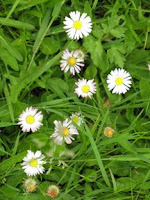 These two students are excellent examples of becoming immersed in wabisabi. 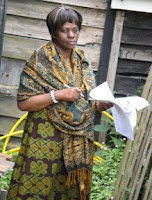 Unfortunately I had to drag them back to the studio so we could hear their haiku! 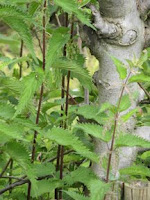 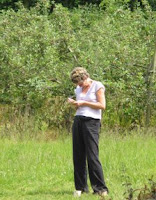 This is Lynne Rees, who organises the AppleHouse poetry workshops, absorbing the atmosphere for writing haiku.
Posted by Area 17 at 4:30 pm No comments: 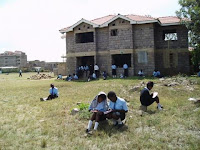 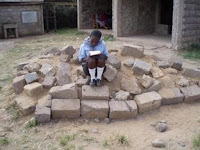 The Stars & Night Sky Challenge Haiku Competition all started when I challenged students in Nairobi to write haiku poems about the stars and night sky!
To find out even more please make a visit to:
The Kenya Saijiki home page
Saijiki is a kind of poetry almanac for haiku! A saijiki contains many keywords and phrases for the seasons called kigo and kidai: The World Kigo Database Home Page 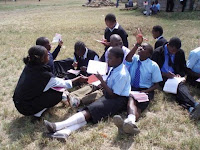 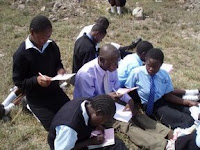 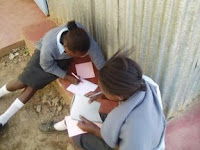 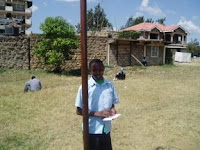 [NOTE: Patrick Wafula is in the purple shirt, and as you will see further down in the Adult section, also a very fine haiku poet!]
My Challenge!
"Can I ask something? Can I in fact, challenge you?! ;-)

I don't know how much clear night sky you can see, because of city lights, but where I live, in Bradford on Avon, because I am near the country, there are fewer street and house lights and I can see the Milky Way, and Orion's Belt, very clearly, can you see them?

Do you have different words for stars and groups of stars?

I would love to get to see haiku that involve the stars, from very local names to regional names, maybe your own names for stars too." 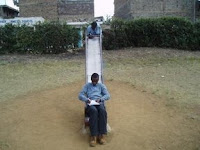 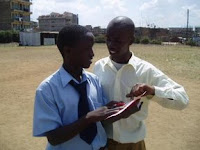 [NOTE: Anthony Njoroge is in the cream shirt and a great community leader, and he acts as Master of Ceremonies, as well as being a very fine haiku poet too!]
This is what happened... a full-blown haiku competition for Nairobi students culminating in a prize giving!
These teenagers are from Kayole slum -- I hesitate to say they are slum children, because the students, who come from very poor backgrounds, are rich in life and attitude that constantly leaves me humbled and inspired. They are also very well educated, and I have learnt more from them and their teachers than I can ever teach them.
So, the challenge was met, and 142 haiku were collected by Isabelle Prondzynski (Moderator of the discussion group, Kenya Saijiki) and handed over to me for judging, with the support of Gabi Greve (Director of WHC Worldkigo) in Japan.
Finally, the prizes were announced and awarded at the Outing of the Haiku Clubs in May 2007 -- read more here :


It was a beautiful day, and much fun was had by all, as you will see from the pictures of the ginko that followed the prize giving.
The student prize winners of the Stars and Night Sky Challenge
Photo © Isabelle Prondzynski 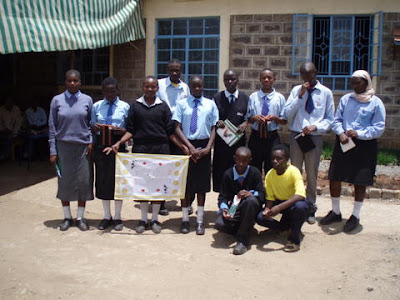 Comments by Alan Summers :
1st Prize
story-telling
around the bonfire --
a shooting star
~ Anne Njoki (Bamboocha, Form 1)
Storytelling is such an important part of culture in any country, and here we have other strong words that carry so much weight, in "bonfire" and "shooting star". What a lovely atmosphere is evoked here, and that is a very important part of haiku, evoking (showing) not telling, not putting everything onto the page, yet it's all there to be read if you look for it.
2nd Prize
pointing at the full moon --
the baby stops crying
as she watches the moon
~ Catherine Njeri Maina (Bamboocha)
The other person doesn't need to be mentioned in any more words, because we can all imagine it is either our older brother or sister, an aunt, an uncle, or a parent, sharing the wonder of the moon with a child. Wonderful!
3rd Prize
a thief stealing
from our neighbour's shop --
moonlight
~ Caren Cheptoo (Bamboocha, Form 1)
This has a good allusion to a classic haiku, and I can imagine more than one meaning here. It could be a straight meaning of a thief stealing or trying to steal from a shop at night, or a thief "window shopping" at night and all he can steal is the moonlight. A good haiku is where readers can take different meanings from the poem and add a little of themselves, so a haiku is not only the shortest poem in the world, but when people share their own meanings it also becomes the longest poem in the world!
EXTRA NOTE: this also works as an allusion to a famous haiku from Buson...
the moon-
even a thief stops
to admire
trans. Alan Summers
Please consider visiting this weblink to see more prize winning entries from the schoolchildren, they really are good!
The Kenya Saijiki results page

We even had a section created for adults!
The Adult Section Prizewinners
With the comments of Alan Summers : 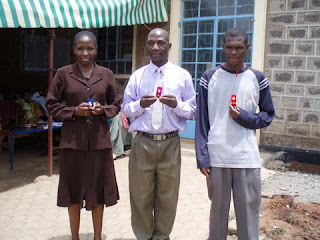