The Australian Haiku Society announced that it will hold a Haiga Kukai on the spring equinox 2017. Images by Ron Moss will be displayed on the AHS website and Ron will then select the winning haiku.

Judge's commentary:
Another fine one-line haiku and the wonderful use of "cornea by cornea" to focus on the mirroring qualities of all the elements at play. We can read many different links and connections into the glass lenses in the image and the humans on board the train. With the movement in the haiku we are taken along by the swirling effect of the train as it rushes past.
Full results:  https://australianhaikusociety.org/2017/10/22/ahs-spring-haiga-kukai-non-seasonal-results-with-comments-by-judge-ron-moss/#more-10208
Call for submissions: https://australianhaikusociety.org/2017/09/22/call-for-submissions-ahs-spring-haiga-kukai-non-seasonal/
Original Notification of AHS Spring 2017 Haiga Kukai: https://australianhaikusociety.org/2017/09/15/prior-notification-of-spring-2017-haiga-kukai/

Alan regularly gives online courses as part of Call of the Page including haiku.
https://www.callofthepage.org/learning/

The Moon is Broken: Juxtaposition in haiku - Alan Summers 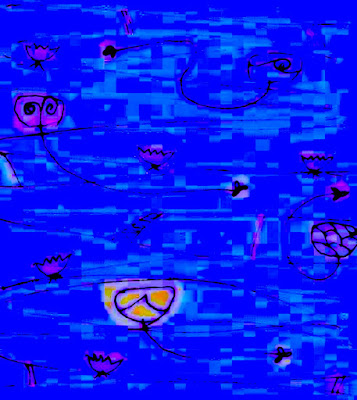 The Moon is Broken: Juxtaposition in haiku

Guest poets will appear in the version for Writing Poetry: the haiku way by Alan Summers. See also:

Haiku and Juxtaposition or The greatest Match Cut in History

Haiku (plural and singular spelling) are the shortest of self-contained poetic verses, and yet can often pull from us an emotional reaction greater than the sum of the physical count of words.  This is often obtained by breaking the haiku verse down into two parts concerning the text you can see. It’s where the break is created inside this tiny shell of a poem, which causes a breach or fissure, that is part of the poem, and creates a non-verbal or “something unsaid” that’s a bridge, and thus giving us aspects of white space/negative space.

Marco Fraticelli (musician/poet and haiku writer) gives a wonderful account about negative space where he tells the story of a painter, in ancient China or Japan, commissioned to paint four panels representing a flock of crows. Instead of painting numerous crows, he left three panels blank, and on the fourth one, he painted half a crow in flight, as if a flock of crow was just there and had just flown away.  Fraticelli makes this analogy with haiku:
it’s often what’s not there that counts, what people imagine. Readers fill the gap in their imagination and complete the image:

Jessica Tremblay creates a wonderful illustration with humour relating to Marco Fraticelli. See this and others:
https://oldpondcomics.wordpress.com/2013/10/16/seabeck-haiku-getaway/

A haiku poem has to carry weight beyond a list of keywords and key phrases that are known to have potential to instigate or evoke an emotion. One of the key aspects of haiku is a combination of tension and resonance, between the words, and its fragments and phrasal sections. One issue if not thought out is where the phrase doesn't take us as far as we might wish beyond the fragment.

Essential components of haiku are literally what is not said in text, using a judicial amount of negative space, also known as whitespace, and MA (間): a void in the poem that produces something in-between the two parts of a haiku; This is where, despite a lack of black (visible) text, this invisible section can add contexuality, sharpness, and tension to the poem as a whole. The core of many haiku is the dance with white space/whitespace, where it’s used parallel to the seen/visible text on the page. Utilising a number of techniques is no easy matter, and taking the eye off the ball has resulted in numerous message or statement epigrams, or flat missives:  Tonality is essential.

Juxtaposition is one from many techniques that can be used highly effectively in the extreme brevity of haiku poetry that enables it to be a fully functioning poem.

Summing up and examples:
Juxtaposition  in haiku

Further down I’ll say more about juxtaposition again, but for now just see and recognise juxtaposition in these following examples:


the rill's trick
a greenfinch moves
its green around

This haiku had a couple of earlier versions, or so, and it just goes to show that selecting the 'right' choice of juxtaposition is rewarded, quite literally.

The golden ratio, a rule of thirds, starts here with strong wind, which on its own doesn’t state enough beyond its words at present; Yet when paired with the 2-line phrase part of the haiku, both work together to expand each other.

Golden ratio of haiku:
Haiku itself works as a frame containing a picture made up of thirds: one single line image and another image across two lines.

Juxtaposition results in an image and counter-image that hopefully resonates with the reader beyond the duration of just a single reading.  If we travel by train we often have something framed in the window.  For me, travelling to London (U.K.) on the Waterloo Line, it’s the iconic landmark that Pink Floyd used for an album cover: www.batterseapowerstation.org.uk/floyd/floyd.html

Another example of zeroing into an aspect of the picture we see when we look at life, be it in a car, a bus or train, cycling, or even walking:

wild peppermint
a dock leaf shadow
clings to the bee 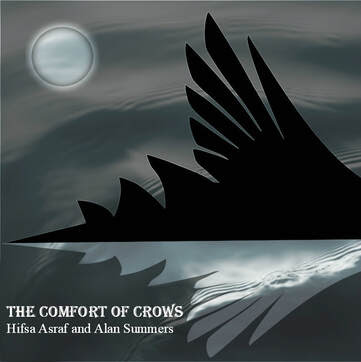 dead sparrow
how light the evening
comes to a close

“The first line shocks us into the present moment. Sparrows are beloved birds, not only because of their miniature size, but also because of their sweet songs and ubiquitousness. The last two lines depend much on how one reads “light.” Is it light in color, light in weight, or physical light?”
Haiku Commentary by Nicholas Klacsanzky
To read the whole report: https://haikucommentary.wordpress.com/2017/10/14/alan-summers-sparrow/

Recently anthologised again, this time by The Wonder Code, is this sound, taste, and smell poem which relies mostly on non-visual imagery, using the golden ratio of rain sound against the calm of an autumn recipe: 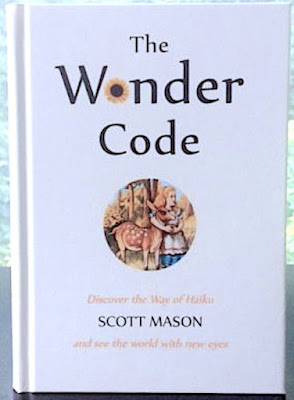 Sometimes two very different things show how alike they are in unexpected ways, or somehow connected despite subject matter, and if we do it subtly then readers can discover the similarities or connection for themselves too.

Sometimes the reader’s discovery is immediate and profound, occurring the instant the poem is read. Sometimes the discovery takes longer; an unwritten question lies in the space between the two dissimilar parts of a haiku. The reader reads between the lines.

Resonance is created when the reader’s imagination lets him or her discover the connection between the parts.

Don’t explain, don’t provide a 2-line phrase that explains itself or even the 1-line part.

Cause and effect: Where one part, either the 1-line or 2-line section of the haiku explains the other, or too obviously spells it out to the reader.  We mustn’t patronise the reader, as we should remember that we don’t like to be patronised, whether as a customer in a shop, or in any type of place.  Not everyone is an expert but we have a little common sense and general knowledge, so we must respect the reader, and not spell out things as if they are still in kindergarten.

Therefore we don't want one part stating the obvious


Cause and effect is the principle of causality, establishing one event or action as the direct result of another:

fleeting rain
the scarecrow becomes wet
by his gatepost

fleeting rain
the scarecrow gets wet
by a gatepost

fleeting rain
the scarecrow leans back
against his gatepost

Avoid prepositional phrases at the beginning of a haiku

on a warm day
the workman lunches
in his wheelbarrow

Published version:
warm day ...
the workman lunches
in his wheelbarrow

in a strong wind
the juggler's elbow catches
a pocket hanky

on a strong wind
the juggler's elbow catches
a pocket hanky

Play around with seemingly opposite images and subjects, either with new material, new observations, or from any of your one line or two line pieces of writing just waiting to find an interesting partner; or by expanding any lists of one or two words into fully fledged 1-line or 2-line sections of a haiku.

Just enjoy playing around with them to see if you find any startling, even illogical pairings. Have fun experimenting!

Alan & Karen regularly run online courses in haiku and related genres.
Please do keep checking for when our next course might interested you!

flash: BLUE — short-shorts on a theme

It’s a blue-grey day, pointillism of trees shivering in the wind, and driving rain. It’s late, I’m tired, and I just want a train to get me home safe. Everywhere there are tones of blue, a couple entwine into a single long scarf. The train arrives, and I’m in, the couple sit opposite me giggling through a game of paper rock scissors. They endlessly punch out rock to rock or rock to scissors. Long journey into night, there is never paper wraps rock. I count down minutes after minutes to my stop, everything fast and slow, fast and slow, all its own blur. The train doesn’t really take forever, and I am sure paper gets to wrap rock. The train hits my stop. I race up the hill. A trashcan lid clangs for no reason: It could be cats, a fox, or something escaping the empire of owls that control this time. At this hour I’m also ready to light the blue-touch paper of a different kind, for the one waiting. We can retire for the remains of the night. There’s a fledgling moon, it lies on our bedroom ledge, where stars can slip.
- Alan Summers