The 2012 Kids Count for Earthday Haiku Webfest is in association with The Haiku Society of America; With Words (UK); Sketchbook Haiku Journal (USA); and Planetpals (Worldwide). Partnering together with the planet to bring positive messages about your world.

This is not a contest, just a fun to join in webfest celebrating our planet, with no deadlines!

Theme:
The Webfest theme is "What Earthday means to you".

Who Can Enter:
Children and young people aged from 7 years old right up to 20 years from the USA, UK and English Speaking Countries (including Alaska, Puerto Rico, and Hawaii; as well as Japan; Africa; India; Pakistan; Bangladesh; China; Middle East; and Australia; New Zealand and all other countries). If English is not your first language please do add an English language version of your haiku entry as well.

PLEASE NOTE: This year all poems will appear on the FACEBOOK PAGE. Only Entries and no other posts are allowed on this page! Duplicate and unrelated posting will be removed.

You must post your haiku or haiga here: http://www.facebook.com/KidsCountForEarthday?sk=wall

*Must be posted by parents (for under age children) or teachers as a classroom list.

Examples of last year's haiku and haiga are here: http://www.planetpals.com/earthdayhaikucontest.html


We look forward to your entries! 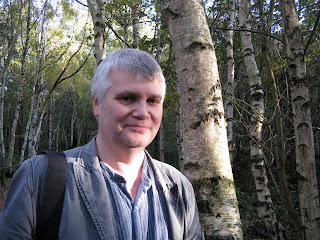 A gentle immersive course where we study what makes a haiku poem, and how to write them. Using Classic and Contemporary haiku examples from Japan and other countries, we will learn that our own experiences can become haiku poetry, and act as an important record of our life.

*[more about haiku poetry at the end of the page]

"I think that's a brilliant price. It's a bargain for what you are offering."
Annie Bachini (former President of the British Haiku Society) 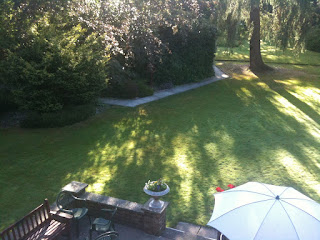 There may be some people who think, I know what haiku is, do I need a short residential course?

The answer is yes!


It is surprising just how much there is to learn about haiku and how the enjoyment can be tripled, quadrupled even.


The residential course starts Monday late afternoon after scrumptious teas and coffees, cakes and biscuits, in a leisurely get to know each other before we get to any workshopping at all.

There's just the one session on Monday, and then relaxed sessions throughout Tuesday, Wednesday, and Thursday.

The course is as relaxed and leisurely as you'd personally like,  or can be stepped up to your individual needs.

The main thing is that I'm there to work hard for you, with gentle prompts and workshop exercises, with encouraging lively, engaging, inclusive group discussion and feedback.

Find out about these mysterious terms in a relaxed atmosphere:
kigo; kireji; gendai; shasei; juxtaposition and disjunctive methods; and how to make concrete images stand out, and even come across as lyrical in so short a poem, and help improve your other writing styles.

For those new to haiku
it will be a delightful introduction

for those who know a little about haiku
it will be an astonishing journey to find out just how much more there is to know and enjoy.

For those who are seasoned poets and regularly published in haiku magazines
this is a chance to work on a body of work that can be submitted to various magazines, and become a cornerstone of your first or next collection.


Traditionally
we always conclude the course with a fun renga party*
and a souvenir Haiku Journal notebook with our renga verses, and exchange of haiku from each other!


Friday is breakfast and saying goodbyes and hopefully staying in touch!

Alan Summers has a Masters Degree in Creative Writing from Bath Spa University and he is a past General Secretary of the British Haiku Society. 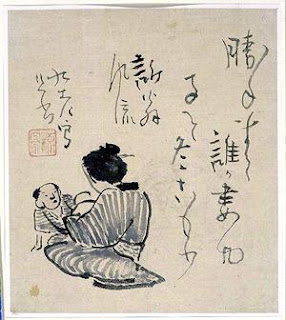 One of the better apps that features haiku is the THFhaiku app for iPhone/iPad/iPod Touch.

Here are a few of my haiku featured on this app:

turning into the thermals
unknown birds
into white then dark again

blue moon
you believe there's nothing
up my sleeve