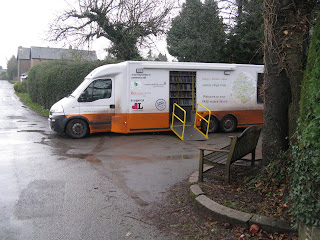 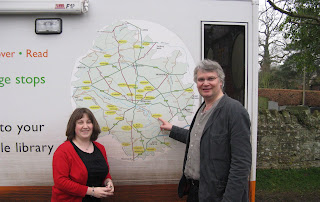 I met Emma Stevens, Library Learning Officer at Hereford Station, and met up with the mobile library van at Fownhope to start my one day library van haiku poet-in-residence. Here are the five places we visited: 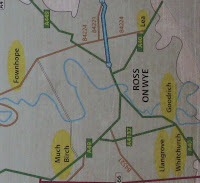 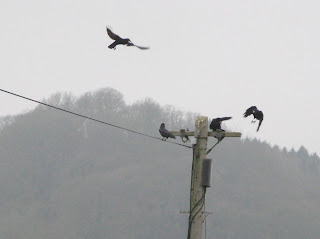 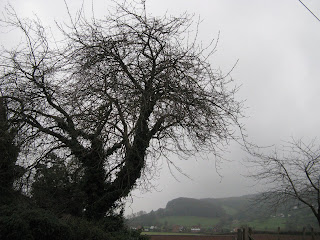 mist haze -
a crow cleans its beak
on a rooftop aerial

on a leafless branch
a crow comes to nest -
autumn nightfall

mud wall perch
in the spring rain
a crow 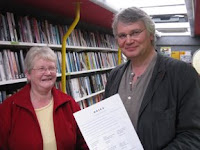 picture by Simon Holroyd
Mrs Hulbert, who paid us a visit, (and helps out at Age Concern), is an artist who was interested in the tradition of combining pictures with haiku known as haiga in Japan. 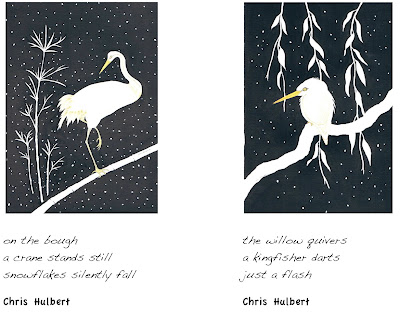 (Please click onto the pictures for a larger image)
Mrs Hulbert deservedly is awarded a haiku detective badge!


Mrs Slade was the second of my home visits to people unable to get out and visit the library van. Mrs Slade will be 100 in June this year. We also visited Mrs Oxley, in her nineties, who was also great fun, despite her fragility. 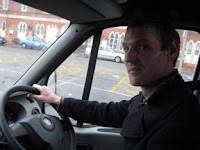 Simon Holroyd, the library van driver. It was a shame it was a very wet day, but the visitors we did have made it all worthwhile.

I left some of our haiku detective badges to encourage many more haiku being written at local libraries and with Simon Holroyd on his library van so I hope even more haiku get written. 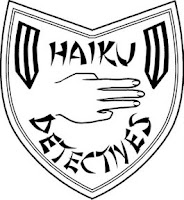 Promenade: haiku beside the sea 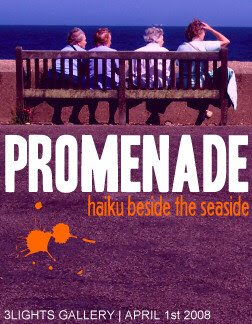 A number of my haiku will be appearing in 3LIGHTS GALLERY.

beachcombing...
a periwinkle rotates
deeper into itself

Castle Beach, Falmouth, Cornwall, England:
The most northerly of all the Falmouth beaches, situated alongside Pendennis point. Rocky sections mean that at low tide it is regarded as an excellent beach for rockpooling:
http://www.falmouth.co.uk/see-and-do/beaches/castle-beach
http://www.watergatebay.co.uk/blog/2013/07/03/our-guide-to-rockpools/ 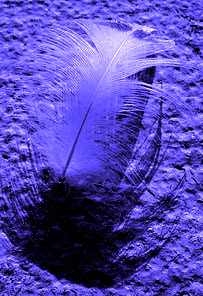 First Known Use of SEAGULL
1542

NOUN:  A gull, especially one found near coastal areas.
The American Heritage Dictionary of the English Language, Fifth Edition
http://ahdictionary.com/word/search.html?q=seagull

This work has been released into the public domain by its author, Rodw at the wikipedia project. This applies worldwide. http://en.wikipedia.org/wiki/File:Perosbridge.JPG 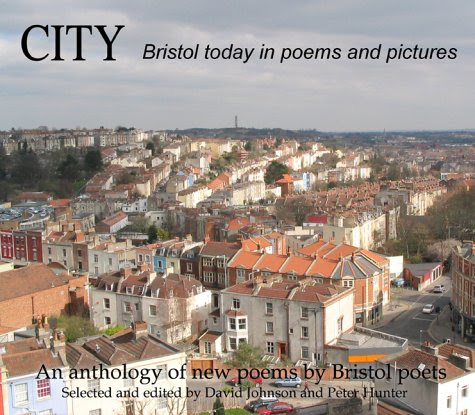 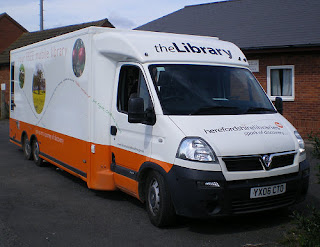 I'm going out on Herefordshire's new mobile library this Saturday, 15th March 2008, meeting people in each location. The van visits a variety of countryside and village locations, and we're going to try and capture some of those surroundings in haiku with the people we meet. The haiku can then be shared and displayed around the county. If you are local, please come and find us, and write a haiku or two! 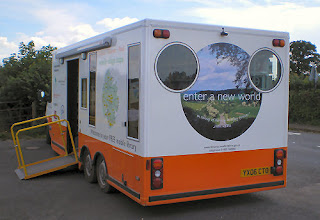 "Sat, 15 Mar 2008: come along and join Haiku poet Alan Summers on the Mobile Library. Using the fabulous scenery of Herefordshire as inspiration, Alan will be on hand to encourage your imagination and enable you to write your own haiku. Feel free to bring along your own Japanese Haiku poetry, or have a go whilst choosing your books as the mobile visits Fownhope, Goodrich, Lea, Whitchurch and Llangrove." 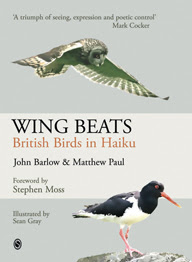 I am proud to be able to say that a number of my haiku are published in this book.

‘This volume of haiku about birds and what it means to encounter birds in the landscape achieves the near impossible. It captures the deepest feelings and the most minute observations in the fewest words possible—a triumph of seeing, expression and poetic control.’
Mark Cocker, author and naturalist

Mark Cocker is one of Britain’s foremost writers on nature and contributes regularly to the Guardian, the Times Literary Supplement, as well as BBC Radio Four.


‘The poems in this volume are worthy heirs to three great traditions: the British love of nature, especially birds; the poetic approach of John Clare, rooted in observation and reality but taking the reader to a higher plane; and finally, of course, the long and venerable tradition of haiku.
By combining these, the writers have produced something truly unique: beautifully written yet easily accessible poetry that helps us reconnect with the natural world in a deeper, more intense way.’
Stephen Moss, from the Foreword
Stephen Moss is a producer at the BBC Natural History Unit.


‘In Wing Beats, the brief, Japanese-style haiku becomes an absolutely first-rate medium for capturing those fleeting moments all bird-lovers prize.

The birds in these poems glide, poke, and zip across the many different landscapes of Britain, punctuating the wind and the sounds of human activity.

Substantial appendices discuss how experience and tradition combine to freshen our understanding of the seasons in haiku. 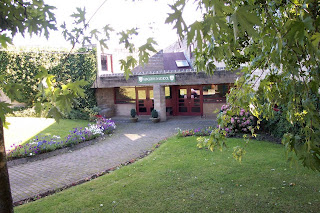 The first half of Friday February 15th became a poetry day for pupils at Kingsfield Grammar School in Bristol. Kingsfield is a Specialist Mathematics and Computing College. I was part of a visit from Bath Spa University and took 3 one hour sessions in the dept.computer room AG7 with Yr 7 ATk, Yr 10 JTn, Yr 8 CSw classes.

One pupil from year 8 proudly handed me her handout of well placed images with haiku poems:


Tim Anderson, teacher/governor at Kingsfield said:
"Many, many thanks for coming to Kingsfield. All the teachers involved in the workshops have said how much they enjoyed them and how valuable they were for the pupils."

"Alan's Haiku went down well with the Yr 7s, and we were impressed at how the sometimes turbulent Yr 10s tackled them."

"The acid test, of course, is: "Was it worthwhile? Should we do it again?"
Again all the teachers involved gave a resounding affirmative to both questions."