WIN SHOUTING AT THE OCEAN

If you're aged between 4 yrs to 18 yrs you could win a free copy if you write a haiku!
The Poetry Zone have five copies to give away.
Simply write a haiku poem.
Send it to the Poetry Zone at haiku@pzone.freeserve.co.uk
The deadline is December 31st 2010.
The winning poems will appear here in January 2011.
Don't forget to include your name, age and a contact address.
This is a FREE competition and open to everyone around the world aged between 4 years old and 18 years old!
Good luck everyone!
Important. Read these Rules.
1 Send your haiku to haiku@pzone.freeserve.co.uk
2 Send poem in body of the e-mail NOT as a file or attachment
3 Remember to give your name, age and a contact address (No addresses will be published here)
4 The competition is open worldwide (written in English) for children or teenagers between the ages of 4 and 18.
5 Closing date for the competition is December 31st 2010
6 Poems MUST be your own, original work.
Alan Summers is the Poetry Zone’s Guest Haiku Competition judge, all haiku entries sent to: haiku@pzone.freeserve.co.uk
Alan is a Japan Times award-winning poet for haiku, and founder of With Words (www.withwords.org.uk) which promotes the love of words through literacy and literature events using haiku and its related forms.
He also runs The With Words International Online Haiku Competition, and judges children’s haiku competitions around the world.

What is a haiku?
Alan says:
Haiku are short three line poems that don't rhyme and are six seconds long.
Ask a friend to count how long your haiku is by getting them to count the seconds by calling out OCEAN HAIKU! six times.
Competition weblink:
http://secretlivesofpoets.blogspot.com/p/competitions.html
THE BOOK!

Find out who threw the first doughnut, who caught the three-legged dog and how you can get much, much more pocket money.
Haiku Competition sponsored by The Secret Lives of Poets:
http://secretlivesofpoets.blogspot.com

Email ThisBlogThis!Share to TwitterShare to FacebookShare to Pinterest
Labels: haiku competition for children and young people

Fifty-Seven Damn Good Haiku by a Bunch of Our Friends

Fifty-Seven Damn Good Haiku
by a Bunch of Our Friends
ISBN 978-1-878798-31-2
Press Here is pleased to announce this publication
edited by Michael Dylan Welch and Alan Summers.
Each editor selected six poets for inclusion in the book, and each of the twelve poets is  represented by either four or five haiku. 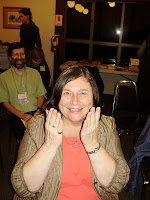