Bloemenmarkt, Amsterdam, the world's only floating flower market, roses, tulips, and a cup of mint tea


My wife, in the photos, showed me her Amsterdam, and the floating flower market was very important to her when she worked in Amsterdam a long time ago.

Bridge in the Rain (after Hiroshige)
Paris, October - November 1887
http://www.vangoghmuseum.nl/en/collection/s0114V1962

wheatfield
the crows changing
out of their colours 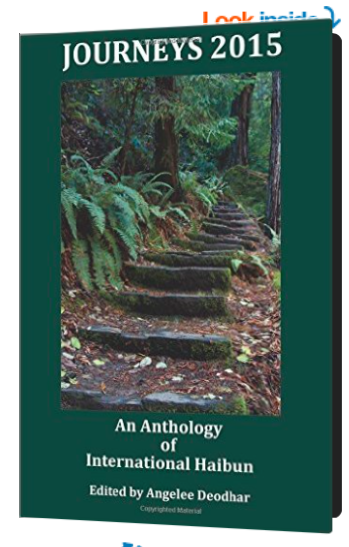 Alan Summers is a rare breed - one of very few professional British haiku poets. Although the tradition is rooted in Japan's literary history, Alan writes his poems in English.

He takes inspiration from his daily life; from the picturesque surroundings of the English countryside to the busy streets of London.

Hundreds of his haiku have been published and he has won several international competitions. With a pen and a notebook in his hand he is constantly trying to capture the passing moment.

Alan Summers is a Japan Times award-winning writer and Pushcart Prize nominated poet for haiku and haibun, as well as a Best Small Fictions nominated writer for haibun.

The courses running are:

An 'early bird' rate for courses runs to September 18th.