Gendai haiku challenge
inspired by Emily Dickinson
.
last quarter
I save up for a chin of gold
and a new moon

4am moonrise
your chin of gold, and me
tucked in bed

moonrise
I shine your chin of gold
and dimities of blue

backscattered
from the lunar surface
the universe my shoe 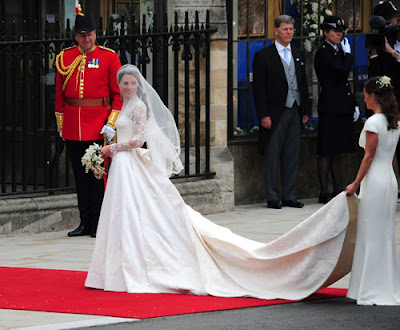 The hornbeam is known for being extremely hard and is said to symbolise resilience. The English field maple is said represent humility and reserve. It is the favoured wood used for harp making and it is also used to create medieval loving cups.
John Milton, possibly the world’s most accomplished poet:
http://www.westminster-abbey.org/our-history/people/john-milton
.
Posted by Area 17 at 2:01 pm 1 comment:

Alan's gendai haiku challenge
don't trust the cat
her eyes green the earth
with anti-matter
.
Posted by Area 17 at 1:30 am No comments:


A nod to Wallace Stevens and thanks to The Columbia History of American Poetry. Ed. Jay Parini and Brett C. Miller. New York: Columbia UP, 1993.

It should be our method that we create haiku which match the times. This is not a new idea and was prevalent in the old days; even Sanki Saito wrote about it before the association existed. Sanki believed:
"To the difficult question 'what is new?'

I will answer: the new means how the emotions of today's society and people are expressed to fit the times. The haiku must be innovative in any time.

So we should begin and continue to express the emotions of the people of this time and generation."


An incredible collaboration with Hidenori Hiruta and Sarah Jane Robertson through haiku and art has created the opportunity that my haiku have helped in a small way with the disasters that Japan are suffering.

It wouldn't have been possible without Sarah Jane Robertson approaching me, and for Hidenori Hiruta to be so open and ready to help despite being in Japan amongst all the sorrow.

For more of my comments scroll further down, but for now, enjoy the images and the story. 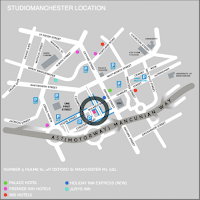 An exhibition and auction of creative work was organised to raise funds for the British Red Cross Japan Tsunami Appeal, including two of my haiku which were also translated into Japanese by Hidenori Hiruta, and made into beautiful art posters by Sarah Jane Robertson of Creative State.

More than 40 artists from the UK, Ireland, USA, France, Norway and Japan pledged to donate existing work or create new pieces. The artists range from photographers and illustrators to writers, ceramic artists and jewellery designers.

Mike Joyce and Andy Rourke of the legendary Manchester band The Smiths opened the exhibition.

An initial £4,660 was raised on the night!
[scroll down for later larger amount!]


Sarah Jane Robertson, Creative Director at Creative State not only kindly created two stunning haiku mandalas for the auction, in collaboration with myself and Hidenori Hiruta, she also continued to sell them via her blog to raise another £400 for the Red Cross.
Taking the new total to £5,160!

My profound thanks to Sarah Jane Robertson for contacting me with the suggestion of haiku art to help raise funds.


My deep thanks, respect, and admiration, always, to Hidenori Hiruta (Secretary-General of the Akita International Haiku Network) for creating wonderful translations and being such a supportive colleague, in a time of great need. 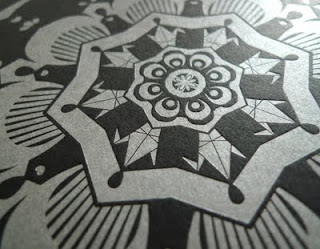 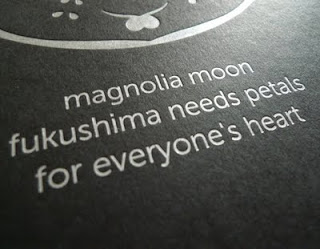 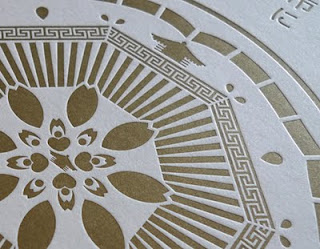 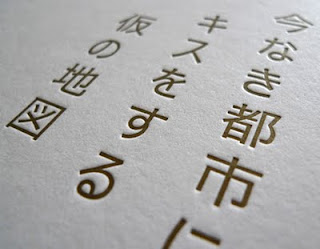 Hidenori's translation of my haiku, and I took his literal translation in Japanese as my English translation.  Translations can work more than two ways.
. 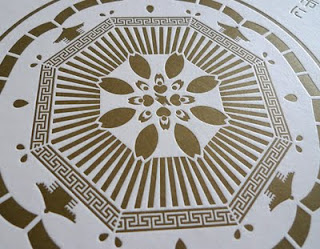 
Leeds and Edinburgh-based graphic designer, Sarah Jane Robertson created this pair of A3 mandala letterpress prints. Entitled Sunshine & Moonlight, she worked with myself and Hidenori Hiruta, in response to the Earthquake and Tsunami and radiation threats.

Sarah then created the prints in response to the poems and letterpress printed them to give greater depth and definition, adding to the original artwork. 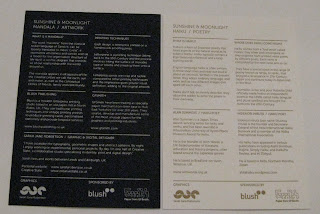 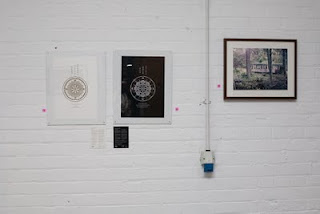 Sarah contacted me with this idea with a very short deadline for both of us.   I don't know how Sarah pulled out all the stops to produce artwork and then have it created as a quality poster, but it happened.

Hidenori Hiruta came up with quality translations in a very short time, no easy task, and once Sarah received our work in no time she got a design idea working that could incorporate my haiku and Hidenori's translations.

GF Smith: a specialty paper merchant from Hull, East Yorkshire going for over 100 years, and no need to say more, than if it's from Hull, it's always going to be special, friendly, and quality all the way.
.
Sarah Jane Robertson:

Pharmakós the name you scratch inside
.
Posted by Area 17 at 1:09 am No comments:


April 11th
some starlight just memory
the wink of an one-eyed dog
as it sneezes
.
Posted by Area 17 at 1:19 am No comments:

Box Office now open for bookings including paypal! The Haiku Walk: Nature As Inspiration - Alan booked for the first ever Worcester Literary Festival! 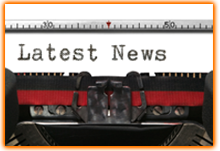 Last call out for the Purely Haiku Course! 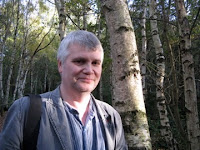 Purely Haiku:
Monday Afternoon 11th -
Friday Breakfast 15th April
Claridge House, Surrey, South East England(just outside London)
Enquiries and Bookings:
Phone: 01342 832150
Phone: 0845 3457281
Claridge House:
http://www.claridgehousequaker.org.uk/courses.php#April
I think that's a brilliant price. It's a bargain for what you are offering. I thought it was going to be much more.
Annie Bachini (past President of the British Haiku Society)
.
There may be some of you who think it's not needed to do a whole course on haiku, after all it's only a certain format, very short, and easy to do. Far from it! ;-)
This course has been specifically designed to show you the delightful complexities and challenges of haiku writing.
It's designed to suit your own particular needs and ambitions.

You can start putting a collection together, or have poems that the best haiku magazines will accept, or just enjoy basking in an environment that is relaxing in every way whilst learning something new.


The course is designed to give benefit to both complete beginners and seasoned writers of haiku.  Even a highly published friend of mine from Washington State was considering coming over for this course! (Note: this isn't my anthology boss and co-editor but another highly accomplished writer from the same state.  See further below in my bio).

The food is exceptional, and ALL fabulous meals and luxurious tea/coffee/other hot drink and cake and biscuit breaks are done by the staff, we don't lift a finger! ;-)
Check our other links on Area 17 to get a further feel of this extraordinary course,
.

He has been a Poetry School Visiting Tutor for haiku, tanka, and renga, as well as appointed as the Japan-UK-150 roving renga poet-in-residence.
Alan is a founding editor for the haijinx humor in haiku magazine; renku/renga editor for Notes from the Gean haikai literature magazine; and creator of the Bath 1000 Verse Renga, and Hull Global Renga Projects.
Alan will be reading extracts from his forthcoming haiku collection due out in the Summer; as well as from the anthology he co-edited with Washington State haiku writer Michael Dylan Welch.
.
Posted by Area 17 at 3:20 pm No comments:

The Haiku Walk: Nature As Inspiration - Alan booked for the first ever Worcester Literary Festival!

The first ever Worcestershire Literary Festival : the aim and mission is to raise awareness of the written word, literature and the spoken word in all forms and genres and to provide a fun and educational programme of events that are accessible for all.
The Haiku Walk: Nature As Inspiration

image©NaPoWriMo
Three in a row, from 2nd to 4th April!
2nd April
future waterfalls
new angel DNA bursts out
from dancing pinheads
(gendai haiku)
3rd April
fingertip acupuncture I hold a sneeze at the library
(gendai haiku)
4th April
Simon Says
If you believed they put a man
on the moon
(gendai haiku)
Posted by Area 17 at 12:13 am No comments: 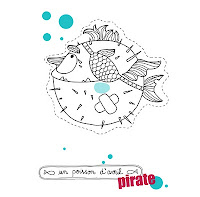