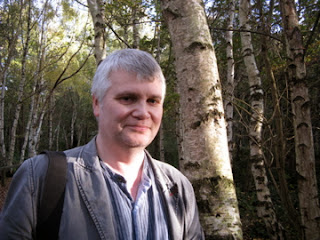 Tanka by Alan Summers appears in 140 and Counting ebooks for Kindle, Nook etc... 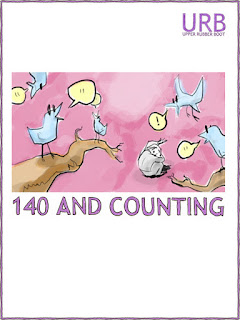 I'm delighted to announce I have tanka poems published by Twitter based magazine.

Seven by Twenty is an online magazine using Twitter as its publishing platform. Here is a collection of the best twitter literature from the first two years of the journal's history, on relationships, nature and the night, work, animals, seasons, science fiction and fantasy, and mortality, by 119 authors from Australia, Belgium, Brazil, Canada, Cyprus, Germany, India, Italy, the Netherlands, Norway, Poland, Qatar, Spain, the United Kingdom and the United States.

Plucky underdog online journal Seven by Twenty is an online magazine using Twitter as its publishing platform, for readers at home and on mobile devices, which started publishing weekdaily in July 2009. Seven by Twenty specializes in literary and speculative writing that fits in a tweet – they mostly publish haiku and related forms (like scifaiku and senryu), and cinquains and American sentences, and very, very, very short stories.

140 And Counting is a collection of the best twitter literature from the first two years of the journal’s history, on relationships, nature, work, animals, seasons, science fiction and fantasy, and mortality: 141 clever little allotments of literature by 119 authors in 1 exquisite ebook!
Amazon.com kindle version:
http://www.amazon.com/140-And-Counting-ebook/dp/B006KLYF8G/ref=sr_1_1?ie=UTF8&qid=1324468534&sr=8-1