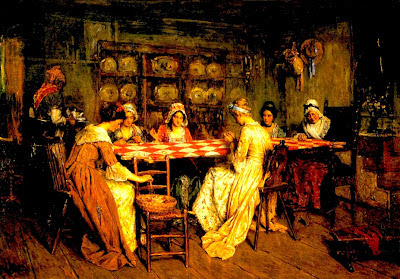 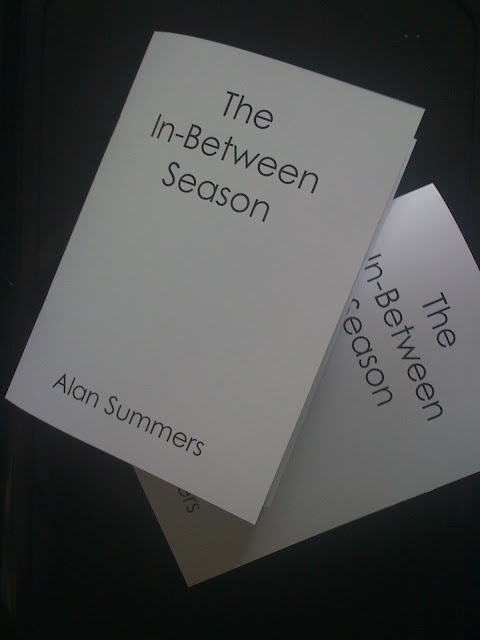 
This pamphlet is dedicated to my wife, haiku poet and so much more,. Thank you for all the love and support over the years.

The pamphlet is also dedicated to:

Bill Higginson (1938-2008)
Always greatly missed, and an inspiration, Bill (William J. Higginson) was considered to be the foremost American authority on haiku, as well as famous as the co-author of The Haiku Handbook: How to Write, Share, and Teach Haiku, and author of Haiku World: An International Poetry Almanac and The Haiku Seasons: Poetry of the Natural World.

The Haiku Handbook is one of the most widely-read English-language haiku books.

Janice Bostok (1942-2011)
The First Lady of Australian Haiku, and a hugely supportive friend and colleague in my early career.  She is still greatly missed by me.

Hidenori Hiruta
Founder, and Akita International Haiku Network Secretary General (Japan) who regularly translates my work into Japanese with a panache I will always treasure.


powdered snow–
a crow’s eyes above
the no parking sign 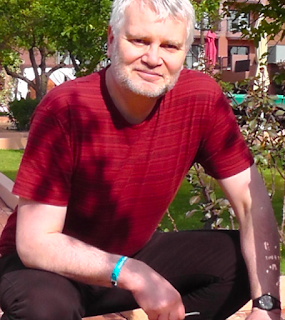 Alan Summers is co-founder of Call of the Page that offers online courses in haiku; haibun; senryu; tanka; and shahai.

Details of our various types of courses:
https://www.callofthepage.org/courses/

Email ThisBlogThis!Share to TwitterShare to FacebookShare to Pinterest
Labels: haiku, The In-between Season

Through a Glass Darkly: haiku at the Quest Gallery

Through a Glass Darkly

a stunning new exhibition at the Quest Gallery, Bath

Followed by a special event at the Royal Crescent Hotel:

An Evening of Haiku with Tom Lowenstein and Alan Summers

As part of the gallery's new workshop and events programme, a 5 week haiku course has been running at Quest Gallery.  For the last few weeks, over 15 participants have been creating their own haiku in response to the gallery's changing exhibition programme.

In celebration of this and to continue to bring together these very different but complementary art forms, Quest Gallery invite you to An Evening of Haiku on Wed 27 June to take place at The Royal Crescent Hotel after their private view.

There will be guest speakers, celebrated poet and author, Tom Lowenstein and award winning Japan Times writer, Alan Summers, as well as the opportunity to hear the participants perform their own poetry.

There will be Through a Glass Darkly art gallery catalogues with haiku available on the night, which make great souvenirs of what promises to be an amazing insight into haiku poetry.


To book for the special event at the Royal Crescent Hotel please contact Sarah Jenkins:

or why not drop in and enjoy the current exhibition:


Join us and hear about how classic haiku came about, and what contemporary haiku has been up to in Japan.

Enjoy reading and hearing haiku created at Quest Gallery by the participants.

at the edge of the garden
we swap stories

An Evening of Haiku with Tom Lowenstein and Alan Summers at the Royal Crescent Hotel, Bath 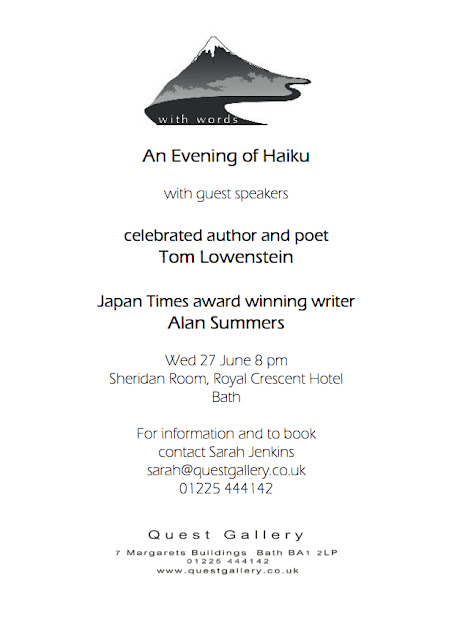 The Haiku Event at The Royal Crescent Hotel

For information and to book
contact Sarah Jenkins, Projects Coordinator at Quest Gallery:


Tickets are £10 each and places are limited so book early to avoid disappointment. 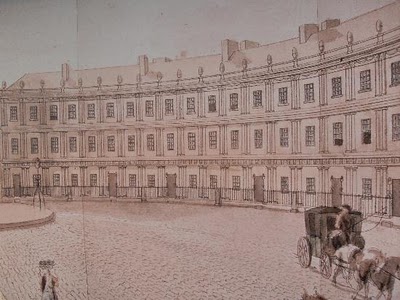 Talks will be given on classic and contemporary haiku in Japan and the West, plus an overview of the haiku course at the Quest Gallery, and a reading from our incredible haiku course participants.

Quest Gallery catalogues that include a selection of the haiku created during the course will be available to purchase at the event alongside the With Words Haiku Journal notebook if you are inspired to write some haiku afterwards! 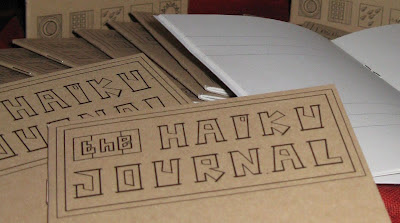 Looking forward to seeing you!

p.s.
Visit this great website with more photos of the hotel.


the end of summer
tsukutsuku-bôshi heard
at suma temple

There is a legend that if the tsukutsukubôshi cicadas are heard to sing at Sumadera (Suma Temple) during late Summer that there is a small and special 'inbetween season' between Summer and Autumn.

I was fortunate to hear them sing at Sumadera in September 2002.