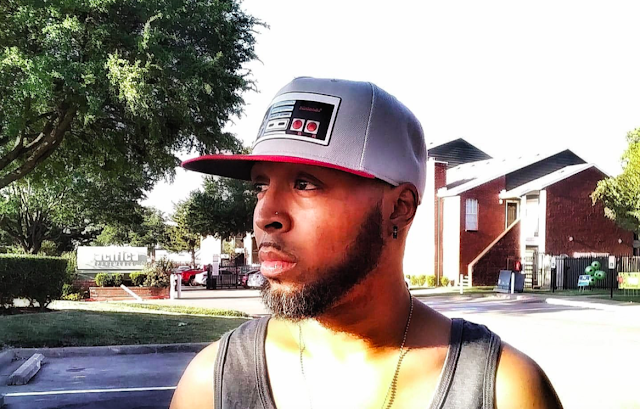 Orrin Tyrell, also known as matsukaze, and many other names is a classical music singer who lives in Texas. He is known for his experimental, sensitive, lyrical and detailed down to earth expression in the manner of the Japanese masters.

A man of many names but only one style, that of engaging many of us with highly original work via numerous poetic art forms, here Area 17 focuses on his “single line haiku” aka monoku.

“Hey there, my name is Orrin and I'm a Black poet. Like Black artists before me, I seek to tell my black-stories & experiences as well as speak on black cultural/social matters through the medium of poetry. I am also a black actor & vocalist.”

As Orrin had this recently posted up on The Haiku Foundation organisation’s banner, I couldn’t resist adding this to the monoku that Orrin had sent me on request.

We instantly have a haiku with an automatic seasonal note (“kigo” in Japan) letting us know it’s Autumn (the Fall).

The next two words are startling and foreboding, and ‘artfully arranged’ makes me wonder if this is an art installation, or has there been a murder?   Throughout this feature Orrin will tell us about his haiku, and that many though fictionalized are ALWAYS with an element of truth that burns brightly. 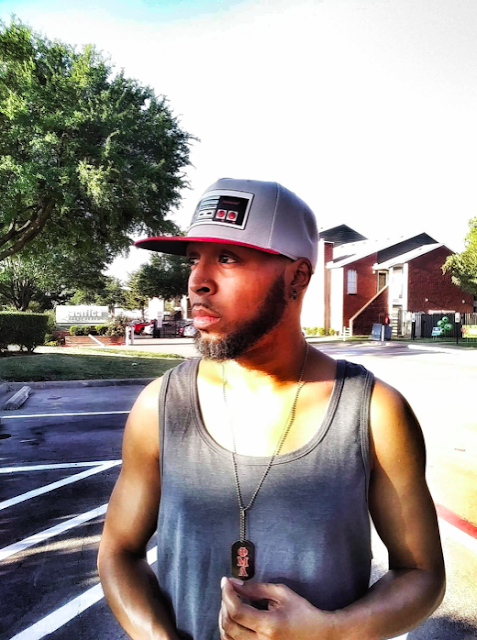 My introduction to haiku and tanka came in 2006 through poet/professor/activist Dr. Sonia Sanchez. I was immediately intrigued by this small poetic form that could hold the entirety of existence in it. It would be some years before I decided to look at the ku tradition through the eyes of Basho, Buson, Issa, and Shiki.

I’d been in a love/hate relationship with haiku since the beginning. I struggled to find my voice and make haiku adapt to my daily needs. I didn't understand kigo and wasn't sure it was necessary for me. I felt 'i'm not Basho, im not even Japanese' and so i wrestled with it and got frustrated with it and walked away with it.

I discovered Marlene Mountain, R. C Matsuo-Allard, and eventually Hiroaki Sato and immediately fell in love with the monoku/monolinear approach of writing haiku; and by Marlene Mountain i saw that haiku could indeed hold what many told me it could not. It was then that I turned to senryu.

Of course I learned of senryu via Blyth; but I didn't like what i was reading. I wanted my senryu to be diaristic in nature, i wanted them to be more literary, haikuish, and even tanka-like. There were a few senryu poets that eventually attracted me to that type of senryu: Mizuhara Setsuko, Tokizane Shinko, Onishi Yasuyo, and a few Japanese-American Senryuist (Sanae, George Oyo, Kaho Honda, Gengoro, Jakki, Sunny Seki) and a few others that showed me that senryu could read like a diary entry or such.

Also after really immersing myself in the haiku of Marlene Mountain, I subsequently fell in love with the haiku of Fay Aoyagi and Roberta Beary; who put so much of themselves in ku. It was Fay Aoyagi that said in the preface to her book "Chrysanthemum Love" that "If you believe haiku must be about nature, you may be disappointed with my work.”

There is a lot of “me” in my haiku. I write very subjectively. I am not interested in Zen and the oriental flavor to which some Western haiku/tanka poets are attracted. I love the shortness and evocativeness of haiku. I don’t write to report the weather. I write to tell my stories." I would extend this sentiment by saying, i also write to tell my fantasies/imaginations; this is why I write… 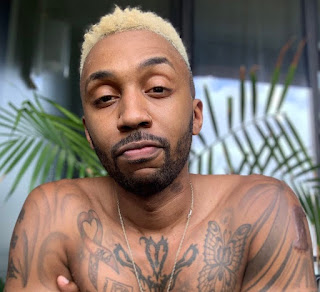 sunset: most of my ku fictionalized

most of what i write is fictionalized. not all of it, but most of it. not sure how many can remember or even know about the ‘haiku wars’ of the seventies, but a part of those haiku wars were those who composed what was called ‘desk-ku;’ or haiku that was written from an idea or putting together words; not the normal moment of inspiration etc. this is largely what i do when writing.

slicing through this summer rain-black sedan

as this world becomes what it has always been, which is too mad, too loud etc some of us are striving to find simple beauty anywhere. for me i happened to catch a commercial or something on television that had falling rain and a black car driving through it. these kinds of images are what i consider romantic...even sensual.

I was watching a favorite horror/supernatural genre show on Netflix, incidentally titled “Supernatural.” and one of the characters made mention of a certain place in Hell that immediately brought Dante’s 9th circle to mind. i was also indulging in Crown Royal Whiskey, which I don’t consider cheap (smile), but somehow having the whiskey in this ku; cheapened seems to complete the picture.

dark color of whiskey rawness of the Blues

when it comes to drinking, im what’s called a ‘lightweight.’ meaning i can’t really drink too much of anything strong; otherwise it will put me out! ive never been a drinker. i usually stick with wines and even wine-coolers. lately, ive fallen in love with Crown Royal mixed with Coca-Cola and the dark color of both whiskey and coca cola are another one of those things i consider to be sensual. the Blues is also in that category. the Blues which are usually associated with sorrow and were called ‘sorrow-songs’ originated in the Deep South of the USA. They come from a mix of work-songs, and spirituals, as well as call-and-response songs who’s tradition goes back to traditional African music. They are kind of like secular ‘spirituals.’ The Blues were always based on melancholy and sorrow, and as they evolved; they also became songs that touched on every minutiae of the human condition.

this ku was inspired after reading the translation of a haiku by Issa:

life in a burning house–
but cool air
awakens me

David G. Lanoue’s commentary says that the phrase “life in a burning house” is a playful allusion to a passage in the Lotus Sutra in which people lost in delusion are as three children playing in a house fire. for me the phrase ‘life in this burning house’ references this world and the current state it is in all over; and that even in the midst of all this bedlam and ‘burning,’ there are many great things that can still be found and experienced (ie love).

brushwood fence no haiku moment when i write'em

the first time i ever saw haiku/ku written about haiku was in the ku of Marlene Mountain. Mountain is the first poet I discovered within the haiku community that took haiku and made it her own. Mountain wrote about things that I thought could not be included in a haiku, and she didn’t call it a senryu or zappai. what i want to convey here is that when it comes to writing haiku/monoku...im always in a haiku moment, not waiting for one to arrive etc.

this ku is interesting because another thing, when i write haiku i often ‘bite off of’ another haiku poet. i’ll usually use a phrase or two from a haiku or tanka poet’s piece to make my own ku. there’s an ancient technique present in Japanese waka/tanka tradition called, ‘honkadori’ which is the allusive borrowing of phrases and units from well known poets and using those phrases/units to make a wholly different ku or ka (tanka). this is a practice that pays homage to a certain person’s ku or ka; while using that particular piece in order to make  a fresh ku/ka that may or may not have anything to do with the ku or ka you borrowed from. this particular ku was done kind of when i was outside of myself, and somehow i thought about Basho’s cicada cry sinking into stone:

emptying the trash he likes Tacitus and Kendrick Lamar

beauty can be found anywhere in life, im discovering; even in the juxtaposition of Tacitus, a Roman historian/politician with Kendrick Lamar American Rapper, Songwriter, Businessman, Actor and Pulitzer winner.

so much anger lives in his poems felled oak

This poem actually came out of a few conversations i had with a dear poet/mentor about another of my favorite poets. this mentor was telling me how great of a poet this haikuist was until she let all of her anger into her poems.

spring-summer cusp what does life amount to

as Spring turns into Summer, i wonder at least a few times daily; what this life will amount too.

when i was younger, and wild; it was casual hook-ups that were the ‘it’thing. as i’ve gotten older, i find that it’s aged whiskey.

childhood memories. the carefreeness. the possibilities. the simplicity of it all. listening to the laughter of some kids, brought these things and more back to mind.

rain falling seated in silence with an old pain

depression and anxiety are old ‘friends’ that often run through my family. one afternoon here comes a severe thunderstorm and there i am, just there with memories, and trauma/pain.

Father's Day my inner child in a corner sobbing

today is Father’s Day. i lost my father when i was eighteen, back in 1998. today i looked into myself and observed my inner child weeping, just weeping.

writing this one, i thought of the lyrics, “everything must change, nothing stays the same…’

i ran across a beautiful painting of roses (i think) by the amazing Alexis Rotella; and instantly out of my subconscious came this ku. At this time in my life, I am thirty-eight, soon to be thirty-nine in October; and for the fist time in many years...im beginning to discover myself bit by bit. Its a sweet-painful situation...like roses (fragrance and thorns); but that is as it should be. 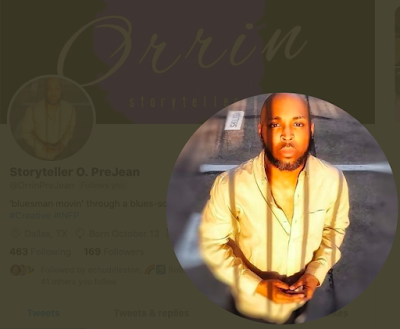 He's a tale-weaver who enjoys the shortness of ku and ka with which to tell stories.