The launch of "Wing Beats: British Birds in Haiku" in London & Bath

Both these launches were great fun, very hard work but enjoyable, and very packed affairs.

The October launch in Bath, at Mr B's Emporium of Reading Delights (Independent Bookshop of the Year 2008) was very crowded and busy but further below are a few of the Bath launch photos I was able to take amongst the amazing crush of enthusiastic people creating an buzz; a huge thank you to everyone who made this unforgettable !


“something truly unique: beautifully written yet easily accessible poetry that helps us reconnect with the natural world in a deeper, more intense way” (Stephen Moss) 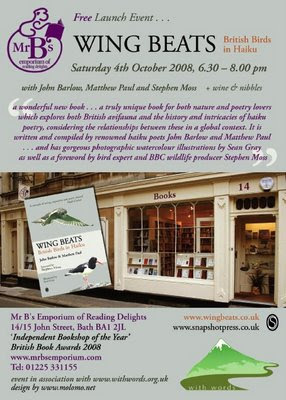 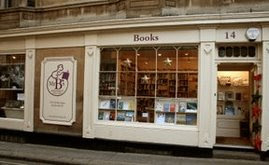 
This event is being held in association with With Words, and will feature readings by John Barlow and Matthew Paul; Alan Summers; plus contributors.

Karen Hoy was the M.C. 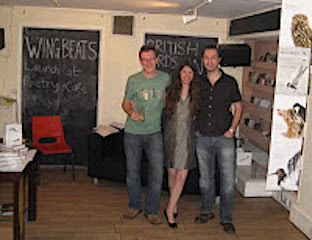 Stephen Moss will be reading from both Wing Beats and his new book, A Sky Full of Starlings (reprising his own launch earlier in the week). 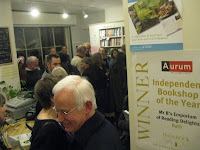 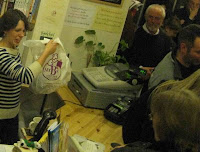 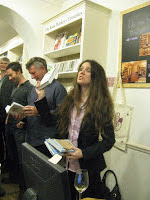 So does Karen! (in the corridor, yes it was that crowded, is myself, John Barlow, and Stephen Moss waiting our turns). 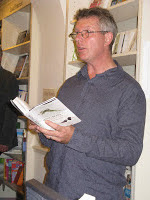 It became so packed on the ground floor I had to move the book signing upstairs! 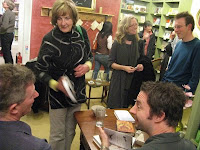 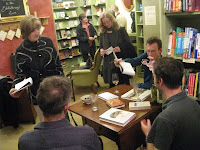 Stephen; John; and Matthew with some breathing space to sign books and chat. 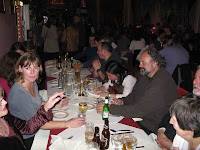 Some of us retired to the Eastern Eye including Canadian writer and haiku poet Marshall Hryciuk sitting next to the left of Yu Yan Chen. 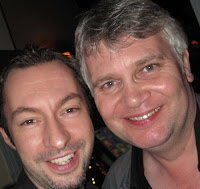 London event photos©Alan SummersLeft: John Barlow and myself around 2am after a gruelling but amazing double haiku event.
Right: Karen with the boys! Matthew Paul and John Barlow
First event was the 'With Words' event at the Royal Festival Hall where "The Haiku Journal" was launched alongside "Wing Beats: British Birds in Haiku"; followed by the packed-to-the-rafters 'Wing Beats' book launch at the Poetry Society's Poetry Cafe with John Barlow and Matthew Paul, with 'With Words' as hosts. 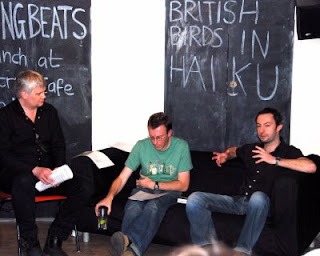 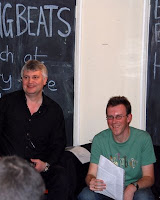 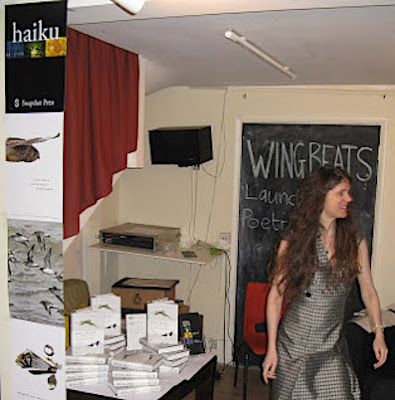 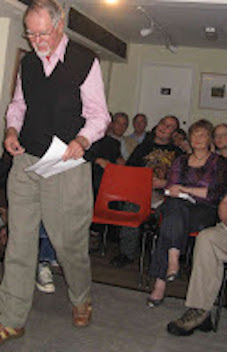 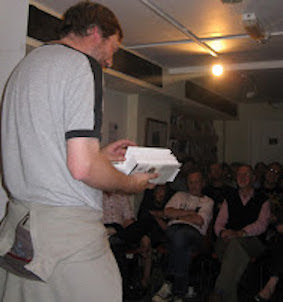 
Wing Beats is a 320 page, hardback book. It has been described as:

“a truly unique book for both nature and poetry lovers which explores both British avifauna and the history and intricacies of haiku poetry, considering the relationships between these in a global context . . . and has gorgeous photographic watercolour illustrations by Sean Gray as well as a foreword by bird expert and BBC wildlife producer Stephen Moss” (The Book Monkey)

“a triumph of seeing, expression and poetic control” (Mark Cocker) 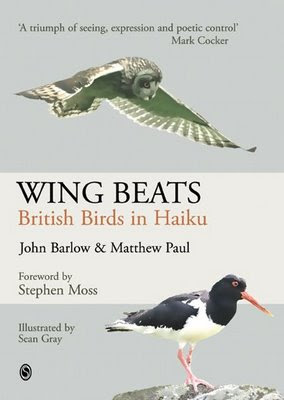 Copies of the first edition/first printing can be ordered in advance at: http://www.wingbeats.co.uk/order.html 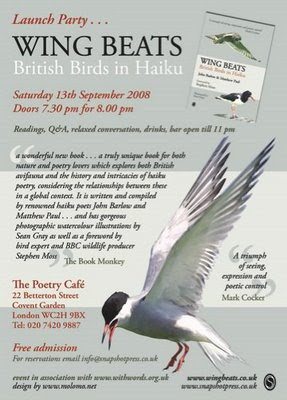 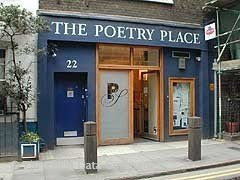 From Covent Garden Underground station
Turn left out of the tube station to reach Longacre, then cross over at the zebra crossing (opposite Marks and Spencers). Turn right up Longacre. At the mini roundabout, use the zebra crossing (to your left) to cross over the top of Endell Street, then turn left down Endell Street.
Betterton Street is the second turning on the right (it is a one-way street with access from Endell Street). The Poetry Society (Number 22 Betterton Street) is less than 100 metres down on the left-hand side. It has a dark blue frontage. The Poetry Cafe next door is the Poetry Society's public space.

This event, which like the launch in Bath, is being held in association with With Words, will feature readings by John Barlow and Matthew Paul; Alan Summers; plus other contributors.

RSVP is essential for this event, so if you would like an invitation please could you let John at Snapshot Press know as soon as possible at email address: info@snapshotpress.co.uk