Celebrating all haikai forms - with a special emphasis on haibun and tanka prose.

Readings of haibun and tanka prose will be read by accomplished poets in these forms, along with haiku and senryu; and the launch of Night Ferry, Kim Richardson's first solo collection of haiku, senryu and haibun. 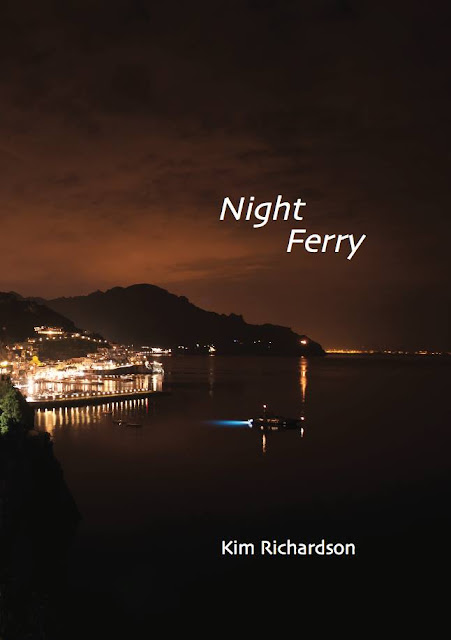 Alba Publishing is also proud to announce the publication of one-line haiku (monoku) by the highly respected Stuart Quine: 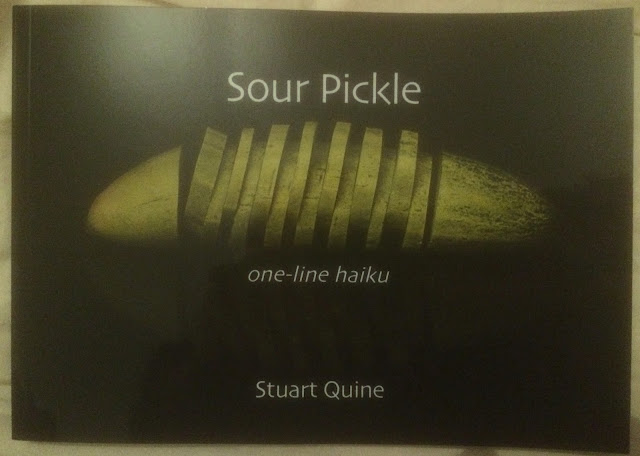 For further information please do not hesitate to contact Karen at:
admin@callofthepage.org

Haiku: The Art of Implication over Explication

https://area17.blogspot.com/2014/03/negative-space-in-haiku-writing-poetry.html
Haiku: The Art of Implication
over Explication
by Alan Summers

Haiku (plural and singular spelling) are the shortest of short verses, with an intentional rearrangement of words from language to tempt the reader’s reaction beyond that of the words laid down. It’s where the sum of the poem’s physical count of words goes beyond what lies in plain sight. So how is that, and what where and why does it happen?

The three-line haiku is often obtained by making a two part poem of words you can see and read, with an invisible bridge between, where faith is placed on the reader to cross successfully.

mist haze–
a crow cleans its beak
on a rooftop aerial

There is a clear one line section starting the poem followed by a two line section that moves onto something particular out in the mist.

Conversely, here is a haiku starting with two lines as the opening section:

This is a literal haiku, as it occurred, and akin to shasei haiku perhaps. But I see it as allegorical, as couples can appear mismatched in temperate, outlook on life, even size, and of course tastes. The magic of that ‘first snow’ that always astounds me ever since my first times struggling thigh deep to get to school. The magic of first real love too.

Now I will touch on an aspect of haiku I’ve witnessed over a quarter of a century, mostly on the three line version of haiku in the West and other countries, as Japanese haiku are in fact traditionally a one line poem. This haiku moves on slightly from the preceding examples. The reader can jump from a picture of white sails, a boat maybe, or even laundry, to the shape of the wind in a tree over many years:

white sails...
a wind has also shaped
the tree

There is just a gentle jump cut in story, as we cross that invisible bridge, so often used in movies as a symbol of self-belief and trust.  Why is the invisible non-text aspect so important to haiku, at least on some occasions?  Well, for a start, haiku is incredibly brief, even shorter than a tweet message from Twitter, yet it conveys so much more whether we have a common pool of experience or not, perhaps as a commuter…

We slide in and out of many things: Career; love; health; friendships; and slide between words and phrases of waking hours, and sometimes enter reveries of childhood…

horses in the dusk. . .
half-remembered dreams
of a rail journey

…Into something jointly literal and allegorical:

Birdsong is an indirect link to the First World War (1914-1918), and the eye of a storm before the rush of troops into machine gun fire: When things hush, time slows, birdsong is noticed by some.  It’s also my symbol of the daily routine of very early morning workers who make it possible for our later morning commute to start with a coffee, perhaps with a fresh sandwich; bagel; or sushi.

It also implies the unexpected when the “pre-day” or even early morning turns out to be partnered with an unforseen danger, or perception of risk. I remember feeling dive-bombed by a fighter-bomber in a small Wiltshire town, beaten down by the concusive effect of its engines, as it was flying so close to the ground.

Have you ever had to get up around dawn to start a vacation, or an early work shift and birdsong feels especially intense?

This non-verbal bridge that cannot be spoken, a no-text land of white space/negative space where omissions and low key suggestion are equally important makes a haiku reverberate.  Is it a feature that makes haiku different?
It’s certainly a discipline not to spell everything out like a newspaper column, with all the slants, biases, and hidden, blunt-open agendas that burrow into newscopy.
And yet a haiku is never quite neutral once a reader engages: It can fly along, or power, the reader’s imagination. The famous children's book Tom's Midnight Garden by Philippa Pearce has a line: "When Tom hears old Mrs Bartholomew's grandfather clock in the hall striking thirteen, he goes to investigate.”

An engaged reader always looks for that extra chime of 13 o’clock.

we learn to adjust
the clocks of our hands
borrowed moon

Enjoy the first episode of the definitive television adaptation, and how the opening credits spin and pivot around the year, just like haiku: Remember, it’s all about time, and space(s):
https://www.youtube.com/watch?v=hW_sKdHvJ6s

Composing in white space seems impossible to a poet where words mean everything, but don’t discount all those little white spaces; it’s part of the poem you don’t see immediately.   A photographer, a painter, and a journalist all use white space, but does a tiny poetic verse require it?  Yes, haiku revolves and evolves around its white echoes.
To my mind it’s vital we apply brushes to “paint in the white space” for the furniture of words to reside. There is more than meets the eye when we stare down that blank physicality of a page of paper or a computer screen: There is the untouched author’s thought and writing process right through to the finishing touches of the poem; where the visible and invisible meet and bleed into each other.

And remember, regardless of the medium, be it a novel or a haiku, there is always a large percentage of backstory left out that still acts as a catalyst.  White space is the foundation of haiku, not its adversary. It’s our ladder from the first rung to the ones beyond the top one:

Guest poets include this poem that set ripples around my mind.

I asked her about the poem, if she might have written it thinking it was a haiku where only one meaning and reading is possible, when I could see more.

Cider is an Autumn seasonal suggestion in the U.K.

Half glass full means someone has a positive attitude in stead of a glass being half empty.

The fact it is Winter, a season beyond, and for my own private reading it read of hope after a difficult time. That the narrator, if it is not about you, is determined to stay a half glass full type of person: en.wikipedia.org - Is the glass half empty or half full? - Wikipedia

Had she realised she was implying so much?

Hifsa replied:
The idea behind this haiku was interesting. I actually visualized winter dawn through a glass of cider, especially the horizon.

Half empty glass of cider shows mist/light fog that usually lingers on above the horizon/glass and makes the dawn hazy, the negative side.

On the contrary, half glass full indicates the positive energy of dawn that breaks through all the obstacles.

We use cider to keep ourselves warm in the extreme cold weather, a remedy shared by grandma, to use it in a glass of lukewarm water (diluted) early in the morning. So, the yellowish brown colour of dawn (in winter) and cider both symbolizes some positive energy that refreshes the morning, the positive side.

So you see, on one level the haiku makes for a wonderful reading, but it also has more to say. The reader is rewarded twice over!

Another guest poet is my wife Karen Hoy who often employs implication in her haiku.

early dark
the cathedral visible
only as windows

As the nights draw in and we lose the day sooner during Autumn, and in particular Winter. Sometimes a building dissolves into the absorbing background of darkness. Sometimes we can see its ‘soul’ despite the night.

comfort television
I don't move the vase
for the orange asters

A fascinating haiku! Many of us find television viewing as comfort, strewn across a sofa eating bags of candy or fast food. We are at peace, and to move even an inch would be to disrupt that peace. But also sometimes there is something in the room that can compete with the fast food of most TV programs.
Do please check out footnote 11 for a link to another fascinating possibility as sometimes we live between the leaves of a book called War and Peace.

difficult day
the rice lid rocks
from side to side

Sometimes trying to cook after a long and emotional day it seems that the cooking sounds as agitated as us. As the Fifth Line shows, this is written by a woman, and women are often/sometimes expected to work twice as much as their male counterparts.
The rice suggests a group meal to me, perhaps for her partner, perhaps a larger family group. She may be exhausted but she is what keeps the family together. Or she could be on her own, deserted by work, and bouncing around the walls of her small apartment. But we continue to hear that lid to a pan of boiling rice none the less, even against any background of street noise.

On a cheerier note, and perhaps a romantic one?

autumn street
after the kiss
her white lilies

With a deliberate removal of visual punctuation does it read:

autumn street
after the kiss––
her white lilies

autumn street-
after the kiss
her white lilies

or perhaps there's a hinge line:

autumn street
after the kiss

after the kiss
her white lilies

I will have to ask her what she implied!

And finally it's time to hand the night over to the owls and go to sleep:

Counting sheep can get us asleep, sometimes.

Well there you have it, both a fun and serious way to bring suggestion into haiku. To make it more than one layer.

More about Karen and Alan:
https://www.callofthepage.org/about-1/