Mr B's Emporium of Reading Delights Bookshop: 'How to write a Haiku Journal' 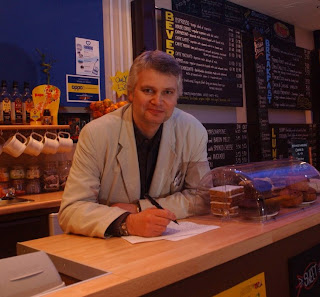 photo by Paul Gillis
=
The first in a new journal writing series:
'How to write a Haiku Journal'
with Alan Summers
Japan-UK 150 haiku poet-in-residence

This workshop is directed at ALL writers.
Novelists, non-fiction writers, short story writers, diarists, journalists
and poets, this workshop can be useful to you, as well as great fun.

"There is absolutely no difference between revising long poetry, novels, short stories, or haiku. The word count doesn't make any difference, it's the choice of words that counts."

A haiku is more than a mere 'snapshot' poem: it's carefully composed distilled writing conveying more than the sum of its words on a page.

A haiku journal is more than a 'day/date/time, where, why, when' notebook: it's a unique shorthand method capturing a day.

This workshop is suitable for beginners right through to advanced writers. The two hours will include two exercises and group discussion/Q&A
with a FREE complimentary “Haiku Journal” notebook for everyone.

Wine is also being provided I hear from the very kind and excellent
Writing Events Bath organisers Alex and Jude!

His book 'Selected Haiku Poems 1992-1999’ will be published next year, while his pamphlet 'The Haiku Camera’ is due out later this year.

"I am looking forward to the journal writing series in the autumn
as I kept a journal last year while I was travelling & found it very rewarding." K and P
Bibliotherapy Room images at Mr B's Emporium: 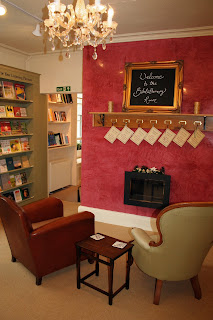 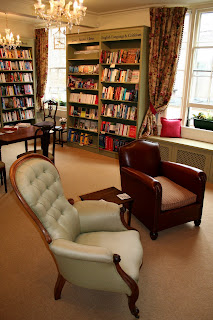 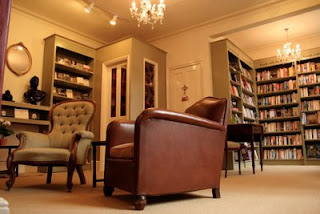 Mr B's are the largest stockist of good haiku poetry books including the internationally award-winning Snapshot Press series of haiku poetry anthologies including "Wing Beats: British Birds in Haiku" and "The New Haiku". 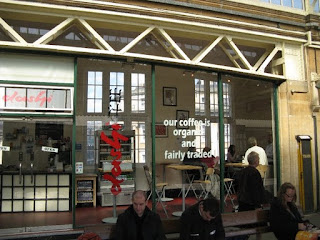 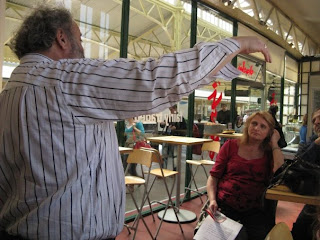 Marshall Hryciuk ((President of the Haiku Society of Canada 1990 – 1997)) was sabaki for this event. 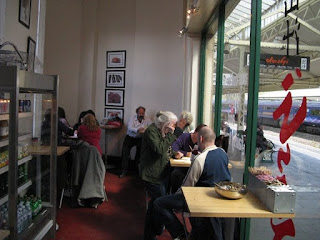 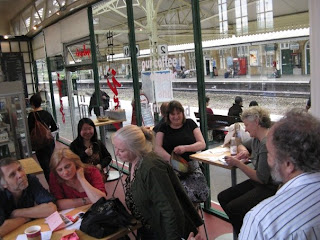 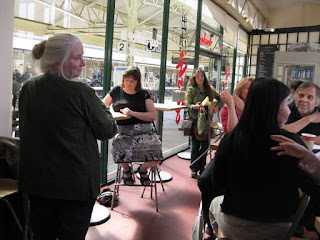 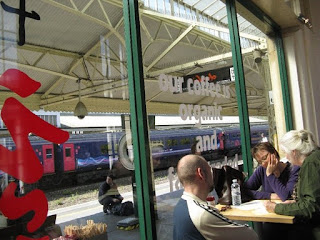 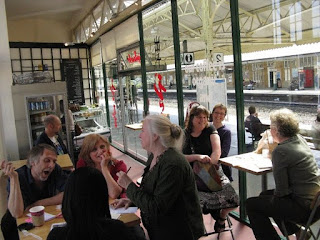 The event stayed at Dashi Sushi Bar for a number of hours, before moving onto a nearby park in Bath.  Early evening we moved to the famous Raven pub in Bath for refreshments and to perform the completed renga. 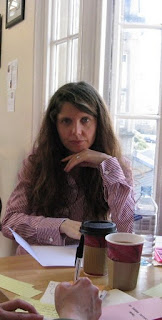 Karen Hoy assisted me as co-host at the event, so we could look after the needs of all the participants while guest sabaki and scribe Marshall Hryciuk and Karen Sohne from Toronto, Canada, could concentrate totally on the renga aka renku.

With Words (myself and Karen) insist that participants in a renga enjoy themselves in a relaxed atmosphere.  As a kasen renga can take six hours, there was plenty of opportunity for people to visit museums and galleries, do a little shopping, and generally come back in their own time.

all photographs©Alan Summers
Please contact me at admin@callofthepage.org for permission to use any of these photographs. 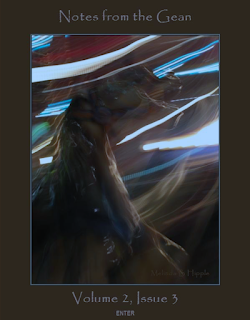 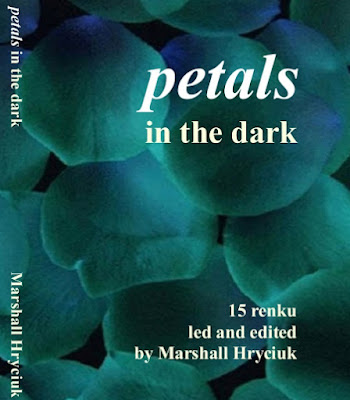 Alan & Karen offer online courses in haiku and its related genres.  If you would like to know more drop us a line at:
admin@callofthepage.org