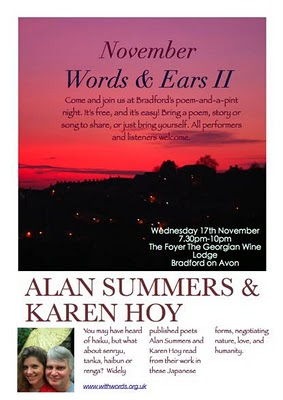 Words & Ears II
Come and join us at Bradford's poem-and-a-pint night.
It's free, and it's easy!
Bring a poem, story or song to share, or just bring yourself.
All performers and listeners welcome.

You may have heard of haiku, but what about senryu, tanka, haibun or renga? 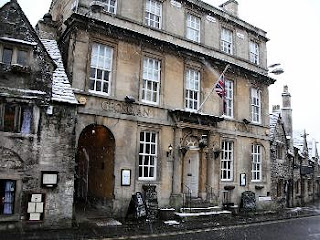 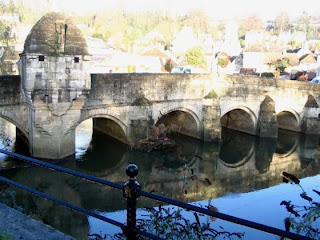 Old Norman Bridge over the Avon
by Bwana_Brown
Posted by Area 17 at 11:55 pm 5 comments: 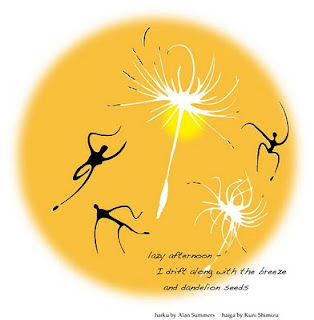 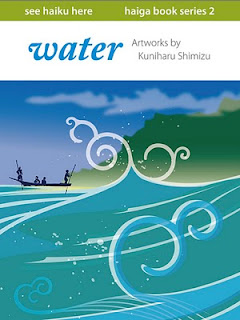 I’m delighted to see my haiku illustrated in "water" the 2nd of the haiga eBook series edited by Kuniharu Shimizu. This book will help give you a full view of haiku scene around the world.
To see my haiku, and others by leading haiku practitioners around the world, please consider purchasing the anthology priced US$6 or 5 Euros through the paypal system.

Content: 75 color plates of haiga artwork for haiku poems by well known 65 haijin (poets) from around the world. 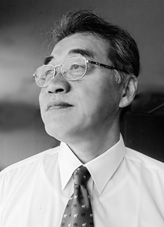 Kuniharu Shimizu was born in Nara, Japan, collaborates with haiku poets from all over the world, and has made more than 1000 haiga (haiku painitings).
Kuniharu is currently one of the advisors to The World Haiku Association and Judge of the WHA Monthly Haiga Contest.
He says, "My association with haiku poets influenced me to do artistic illustrations. By artistic, I mean the pictures with poetic content. I am not much concerned about the newness of appearance, which is often considered a valuable thing in digital art works. I rather put in some substantial content in my digital works so that the viewer can extract many layers of meanings from them."
Kuniharu was also my colleague and haijinx artist-in-residence from 2001 to 2002.
About Kuniharu Shimizu, haiga artist
Born in Tenri, Nara, Japan in 1949, Kuniharu Shimizu has had many awards including 1st Place in the Ichiretu-kai Scholarship Foundation Logo Mark Contest; and 1st Place in the Japan Toy Association Logo Mark Contest.
• Haiku Awards include: Valentine Awards (2003 and 2004; Special Mention (Heron’s Nest); Second Prize in "Best of 2003" (Mainichi Daily News); Special Prize at the Mongolian Spring Festival Haiku Contest in Tokyo, April 2007; and Merit Based Scholarship Publishing through the Cole Foundation for The Arts in The Baker’s Dozen – Volume III.
“see haiku here” bookstore Website:
• http://tfship.net/bookstore/bkstore.html
Posted by Area 17 at 11:42 pm 4 comments: