Portable words: The other side of the electric fence - Kate Hall's haiku collection "Irises" 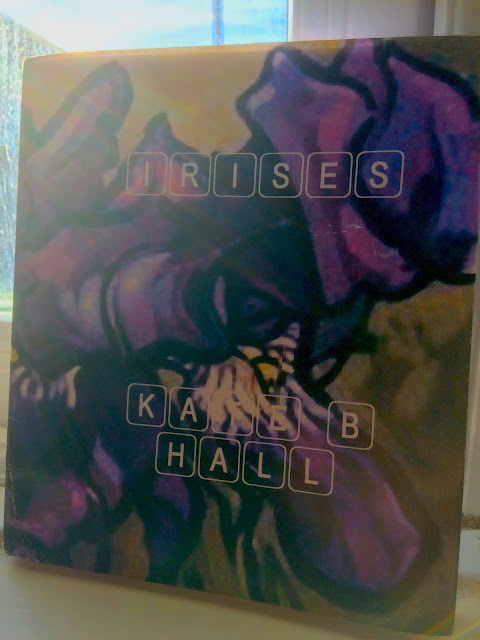 A haiku collection by Kate B Hall,
President of The British Haiku Society:
http://britishhaikusociety.org.uk

277 haiku, senryu and tanka and one 8 line poem including 7 haiku sequences

To purchase a copy, don't hesitate to email Kate:

Book review by Alan Summers
Portable words:
The other side of the electric fence.

As I dived into, and inhabited this collection, I witnessed emerging haiku that go beyond a straight sketch from nature, which is often called shasei in regards to Japanese art.  The shasei technique or approach also tends to be the envisioned early stages of haiku that Masaoka Shiki (1867-1902) suggested.  Too often we see straight sketches that both Japanese artists, and writers of haiku, alongside non-Japanese proponents initially misinterpret, and which Saitō Mokichi (1882 - 1953) puts so succinctly, that shasei is:

"...an expression of ‘animation’ or ‘the divine soul’ and never as a simple linear bordering of objects as contemporary Japanese artists and poets in general took the term to mean."

Modern Japanese Poets and the Nature of Literature

We can still be objective, and not too subjective, otherwise we risk losing the resonance of the poem.  But we want to catch those invisible tensions that make haiku more than the sum of its parts.  And the visible text is, and can be, very much influenced by what is not there, by the invisible text, that negative space effect that powers the haiku beyond its ‘readable text’.

Why am I excited?   I feel Kate Hall is another poet getting away from the yoke of (perceived) shasei methodology, and that this is an emergent collection.  More later.

The haiku in the collection are a variety of tones, styles, approaches, and the ones that sing out are often the ones where placement or misplacement of words lift them away from straight description. Whether Kate Hall intended this, I feel she has entered into using misprision (Old French: mesprendre, modern French: se méprendre, "to misunderstand”)…

Misprision:
“A term used by Harold Bloom to describe the process by which strong writers misread or misinterpret their literary predecessors so as to clear imaginative space for themselves. According to Bloom, every poem is a misprision or misconstrual of a hypothetical parent poem.”
Quote by Greig E. Henderson and Christopher Brown, University of Toronto

…and making use of clinamen, the turn, bias, or twist: “[The] word that Lucretius, in his 2nd century book, The Nature of Things, used to describe how the world works. Instead of describing solid things as fixed and resting in space, he got his readers to imagine that the whole solid spatial world was moving along in the same direction.”

Two groundbreaking books touching on this are by Harold Bloom:
The Anxiety of Influence: A Theory of Poetry and A Map of Misreading both published by Oxford University Press from his piece:
Clinamen or Poetic Misprision
Harold Bloom, New Literary History, Vol. 3, No. 2, On Interpretation: I (Winter, 1972), pp. 373-391 Published by: The Johns Hopkins University Press

Often by our mistakes we stumble into the very writing style we didn’t know we were looking for, and so it finds us and not the other way around.

This leads me onto the following haiku which reminds me of Rafal Olbinski whose work is similar to the work of Belgian surrealist Rene Magritte, and where Olbinski describes it as "poetic surrealism”.

I see this very clearly in this haiku:

Now Kate Hall could have easily have redacted this to:

reading a book
in the park café
your blue top

Which is a very serviceable haiku, though better with visual punctuation, a cut marker, thusly:

reading a book
in the park café…
your blue top

But by adding that M—dash and adding ‘through the trees’ which echoes Rafal Olbinski and many of his paintings, we have gorgeous fabulism more in step with cutting edge Japanese haiku poets, yet retaining a strong Britishness of its own, and echoing Western surrealism in general.

n.b. There is perhaps a deliberate missing ‘of’ or other modifier.

Again this could have been just a perfunctory haiku yet is lifted by the improbable, as also seen in these enhanced imageries that are not just plain concrete but touch on the extraordinary. A lot of Hall's haiku do eschew a number of modifiers which lend that extra bit of poetic surrealism.   Think of a smallish boy buried in his backpack, and eating snacks, and it looks like the bag is eating him, or eating its own packed lunch:  Very British surrealism.

two men on bikes
pass each other singing
an open duet

The use of starlings brings these two haiku into another dimension, with the first dropping the sound of the sea into the reeds:

starlings
drop into the reeds
a sea of sound

And again, where the author has herself turned the starlings homeward:

full moon sunset
a swirl of starlings
I turn for home

And here we have dogs bouncing harebells into a wood:

someone else’s dog
bounces between us
bluebells in the woods

Here we have the playful and strangely forlorn beach scene transformed by the middle verse of the haiku sequence Three from Margate:

father
buries his twins
next to their castle

And partly using something akin to synesthesia via concrete imagery:

It’s all in that last line, and that small leg bone.

This childlike almost faerie like verse, where the first line can be read literally, or where dusk is camped, or placed by the author, or the pigeon whose call brings back an idyllic time of childhood between before the realism of adulthood:

Yellow has always evoked emotions for me and appear in many of my poems. The yellow house in a river, which we might logically correct or perceive as “by” the river and not literally within it, reveals something else happening: A parallel narrative, mysteriously conjuring more than the logical content of the sum of its words.  The double spacing between river and heron is intentional by the author, and is effectively used as another way to use white or negative space.

yellow house
in the river  a heron
walks on water

Kate Hall doesn’t just do one style as these three haiku show, and they remind me of Carol Ann Duffy’s Rapture (Picador; 1st edition 2005), her seventh collection, and book-length love-poem, and her refusal to simplify the contradictions of love:

chilled through
I come home to eat toast
with you

your toothbrush
gone with the slam
of a door

Milky Way night
you see a shooting star
I miss it

Humour is an important device in both haiku and senryu, and brings out the fun in a slightly  surreal image where dogs and their owners are almost interchangeable:

warmer weather
new haircuts for the dogs
and their owners

Her other poetry background comes into force with alliteration and strong use of verbs:

Here we have the succinct beauty and yugen bringing out an atmosphere stronger than the sum of words alone:

Alongside this hauntingly intimate image:

in the dark
I cradle snow
on my tongue

As well as haiku and senryu there are tanka that employ subtle changes in the turning of the poem into another one, especially with these two examples:

There is also an eight line poem using well hefted enjambment with ‘on a cliff path’ which again is worth the admission of a journey into her world.  I won’t spoil the enjoyment by quoting this non-haikai poem, although its use of haiku tension at its best makes it so strongly effective.

This is one of my favourite monostich, those last five words resonate deep in my bones:

almost forgotten in a drawer — a photo of sea mist

And the half-said bitter-sweetness of a memory of a mother:

talking about my mother
I bite my thumb
until it bleeds

Although this next haiku appears just to be concrete, the two parts although not distant juxtaposition, yield a richness despite its plainness, and just cheers me up by reading it yet again:

This haiku is just sheer magical juxtaposition at its best, with ‘waiting for pain killers’ partnered with this phrase:

a fall of snow
down the chimney

Either part of the haiku on its own doesn’t carry the power but coupled together they bring an incredible sense of synesthesia via concrete imagery.

The other great title for a collection, a strong contender as my favourite potential title, would be

The Other Side of The Electric Fence:

the other side
of the electric fence
always one sheep

Those first two lines apply so strongly for haiku writers, and other poets, who go beyond,  tentatively at first, and I see that is just what Kate Hall is attempting to do, whether beknownst to her or not.

That last line isn’t as simple as it appears:   As haiku poets we sometimes feel the pressure to conform, to bow before our peers, yet we push ourselves just a little, a little more and a little bit more, until we are fully realised on the other side of that electric fence.

Although as I said this collection has weaknesses, I urge you to buy a copy.   It’s a bridging the gap collection until the anticipated third collection by this writer evolves.

You can find Alan at Call of the Page where he is co-founder along with Karen Hoy. They run online courses in haiku; haibun (prose+haiku); tanka stories (prose+tanka); shahai (photography+haiku); ekphrastic haiku & tanka; senryu etc...
Call of the Page: www.callofthepage.org 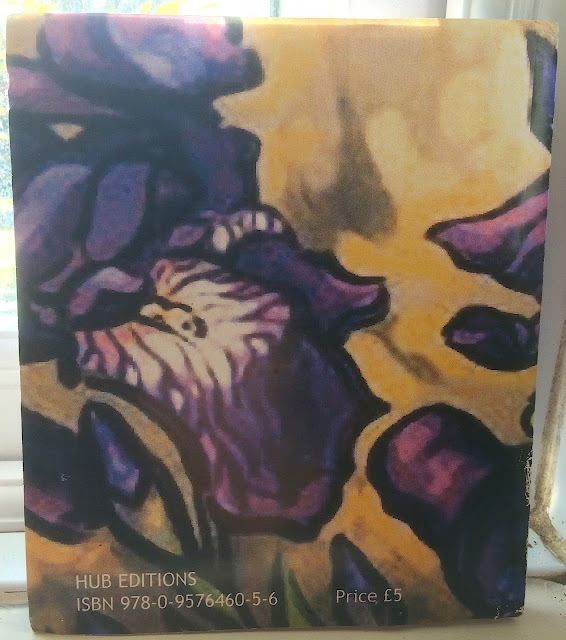 Some recent haiku by Alan Summers 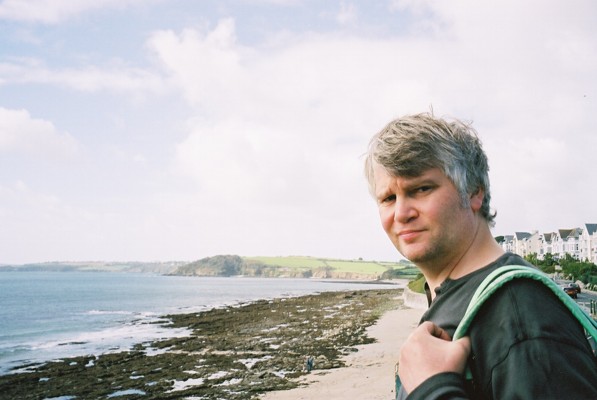 A very young me as haiku poet in residence!
Falmouth, England, U.K. photo by Karen Hoy

bee hotel
all the lonely people
waking up

altocumulus
the rooks measure up
one by one

just a shooting star
in the wide expanse
unfinished poem

all the demons
are in mourning
sparrowsong

Publication Credit:
A Journey With the Poetry of POETS Part 3 (July 2016)

restless rain
this flag planted
where it counts

pink bullets
an armadillo ricochets
off the blossom

The poems were translated into Bulgarian by Iliyana Stoyanova for the Annual Ohanami Festival in Sofia, Bulgaria.
https://vidahaiku.wordpress.com/one-hundred-and-one-cherry-blossom-haiku/

not yet light the wall its black cat

Easter Sunday
a For Sale sign leans
into birdsong

honeymoon hotel
I peel away the seasons
of a red rose 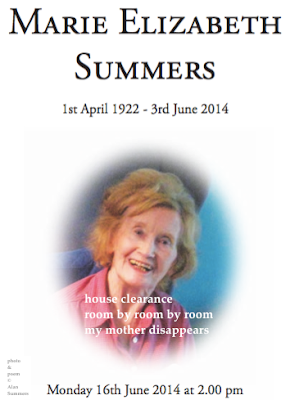 the blue guitar
how many snails
dream of race

blood moon
the wind whips
up a fox

postcoital coffee
songs out of the blue
drown the highway

dark fields
tightly the vee of birds
into pockets of forest

night shadows
a star catches something
out of an office window