One of With Words favourite haiku writers! 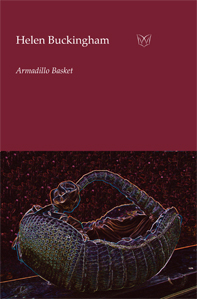 Helen’s strength is her killer lines and an honest dissection of her life, from haiku poetry, and haiku prose, to tanka and longer poetry: she taps the green light in us. From modern one line haiku: that point of white before christ muscles in to tanka that doesn’t relax into clichéd dreams of love, but our fears of losing

out on life:
counting stars
in lieu of sheep
not daring to blink
for fear of missing
one leap

But Helen has another strength in her humour: you will find the most hilarious story, set in haibun form, that highlights cultural differences, via tales of the most dramatic American legends being confused with British TV series The Prisoner, set in a small Welsh village. The mood changes with her ‘Summer is a Hospital’ which reveals the vulnerability in Helen’s formative years, with killer lines: bikini-line nerves… with some fumbling kid… to check into Summer. Strangely this is her most comfortable place as a writer: letting us know she’s been there too; and made mistakes alongside the best of us: that we’re simply not alone in doing this.


We all have our ‘armour’ but Buckingham has raised her visor to allow us a glimpse into her life. Pain or pleasure — whatever you find in Armadillo Basket —it is all part of Buckingham and the hard outer protects the softer inner. With this collection she is certainly ‘Moving On Up’.

One of the things I most admire about Helen Buckingham’s poetry is its ability to live within the moment of its making, a moment that goes on occurring over and over in the smallest of spaces. It’s a facet of the best haiku and one that, despite its reliance on the fewest words, is the hardest to produce.