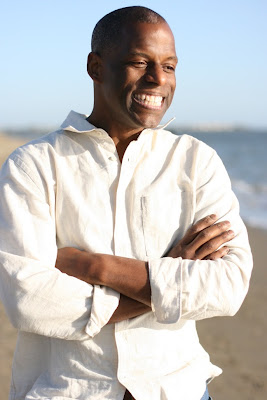 Place names, and a sense of place, are evocative ingredients in any kind of creative writing whether works of fiction or non-fiction. Here is a part of a series on Sense of Place and Identity.

If anyone else is interested in being part of this series please do email me, with a subject line of Sense of Place and Identity at: alan@withwords.org.uk

By Amos White
Author of “The Sound of the Web:
Haiku and Poetry on Facebook and Twitter”
(CreateSpace, 2013)

Haiku is somewhat a profound adventure in concentration for me. In short, a meditation.

Most of my haiku write themselves in that moment between breaths. Yet, it is on the second breath, the one when I realize I was witness to something greater, that I let the words take form.

It always begins with a sense of place and my sudden connection to that place or an object or experience within that location, time or feeling.

The following haiku represent a different aspect of “place”: from the personal (identity as one's sense of self in this world), to geo-locational, to the spiritual, and to the temporal.

(Place of Identity)
The oneness felt in realizing not only do you look like your parent, but that you also empathize with a particular life perspective they too hold. Memorial Day, we honor those fallen in service to our country. To be there in that moment when all has somberly fallen quiet and motionless, yet somehow the stars and stripes are still flying upright? Only a veteran could believe.

(Place of Identity)
The Buckeye tree means home. It is as much a sign of my youth as it is symbolic to The Great State of Ohio and its denizens. The buckeyes always fall from the tree the week before school begins, officially closing summer when arriving teachers unlock battleship gray drawers to disgorge and reorder their stores of wares for the coming year.

(Geo-locational, temporal/seasonal)
Hakone village lies in the distance before Mount Fuji. This natural event of a noble tree being undressed in the warming air left me feeling like a voyeur- witness to a moment so intimate, yet so decisively a harbinger of spring.

(Geo-locational, historical)
The hunt for the Boston bombers found me struck to internet social media probing for sounds and sights of helicopters shredding the night into day above the suburb of Watertown. Time, place and our sense of our selves for “what's next?” were all suspended and projected in disorientating real time multimedia.

(Temporal)
From the dust of earth we are born and to her we are reclaimed. The ephemeral nature of a fireflies' lifespan on earth spans but days. The persistent confluence of these two events in Africa portend an enormity of both sadness for the many lives who have perished all too soon in the political firestorms that have engulfed many of her nations, and of promise. For we all know that fireflies, too, will rise again.

(Temporal)
The olive tree bears the fruit, oil, wood and year round greenery to most of Italy. Harvesting olives takes long hours to where cleaning olives from the nets below the trees can easily become be a lulling meditative act. Losing my place in the moment has been as humorous as it is humbling. For only then do I realize that I was whatever I was doing until I fell back into the conscious duality of this reality thinking about what I was doing.

Cleaning out the nets
suddenly
there are two thoughts

(Spiritual)
Being lost and found in the haiku moment is mystifying. There comes a grounding in all things as if there were but one lung we all shared pulling on the same coolness of air. Whether walking an Oakland city street with eyes level on the Bay's horizon, or passing unwet through the garden in a downpour, one can find themselves a participant in the subtlest of moments and partake of them just long enough to know their deeper meaning.

-----
Amos White is an awarded American poet, and author of "The Sound of the Web: Haiku and Poetry on Facebook and Twitter" (CreateSpace, 2013). Recognized for his American interpretations of the Japanese Haiku poetry art form, Amos has won recognition as Finalist in the NPR National Cherry Blossom Haiku Contest 2013 amongst others. He currently completed his first book, "The Sound of the Web”' (CreateSpace, 2013) and his next haiku books are "What Does the Moon" (2013), and "Sometimes a Whisper" (working title: 2014). Kesennuma night
the sob of an old man

this might be a duplicate post - i think first one failed.If not choose the first one it was probably better! Nice blog Amos - I love olive trees! our lives, our parents, grandparents lives they include so much meaning and yet cosmically we are so insignificant. I think haiku lets us focus on the apparently insignificant, the random, be it a leaf falling 'just so' or a bomber hiding in a backyard boat and mark the moment, claim it as part of life. I enjoy being one 'who sees' the little picture and I enjoyed yur ku. Now, 2nd time lucky.. Sara

Sara, Thank you. And I couldn't agree with you more! I find haiku let's us commune with what is happening now- which I believe is the most important thing in our lives: here, now. Thus, in the haiku, or that haiku moment, the "insignificant" becomes elevated to the portentous, presenting us with a new relationship with the commonplace, the "nuanced," or the overlooked.

Many thanks for the comments.

it is a great 'resource' to have you Alan keeping on top of things happening in the haiku arena :-)
Sara

Thanks Sara, there's more planned too.

If you are interested, I'd love a piece on place/identity to feature here.

Tx Alan - I will have a look at the weekend. There will be no film-star photo to follow Amos's tho ;-D

That'll be great Sara, perhaps you could incorporate a negative space approach to a photograph maybe?