The layering of meaning beyond the immediate: The "now" in monoku

The layering of meaning beyond the immediate

Underlay has two meanings, the second one being:
“In music, underlay refers to text intended for vocalization – positioned either directly or indirectly under notes on a musical staff.”

Here is my meaning as to haiku:
Underlayment: The layering of meaning beyond the immediate, noticeable meaning.

So although they appear quirky, which is part intended, there are ‘under-meanings’ too: Many poems can have a serious “underlay” alongside the device(s) of humour.

One line haiku (in English) often carry a number of devices or techniques or approaches, which include aspects of other ways of writing in one line, including a wry sense of humour to deliver another type of message.

Judge's commentary by Scott Mason:
“A good haiku can contain and convey a telling moment in just a kernel. A great haiku can implant that kernel in the reader’s or listener’s consciousness, making its moment live on.
This year’s competition produced many haiku that I would consider “good” by the standard suggested above. A dozen or so approached greatness in my estimation. I am honored to share my five favorites here. As diverse as these poems are, they have one thing in common: they each tantalize. They do not aspire to teach or resolve; instead they leave room to intrigue and involve. In this way they gain our attention, sustain our interest and make the moment last.
A Rubik’s ku of perception and intuition held together with synaesthesia, the winning one-liner beguiles and haunts me. What and where is the “eye” of a blackbird’s song? How does that eye “touch” the void? What void are we talking about here anyway – some nexus of negative color (blackness), sound (silence) and capability? ... the focus of Emerson’s “transparent eyeball” turned inward? These questions and others draw me into a state of dreamlike reverie, impelled by a creature in equal parts totem and flesh. (The last “literary” bird to transport me like this was a thrush, in Burnt Norton.)

Burnt Norton: https://en.wikipedia.org/wiki/Burnt_Norton
There are many different ways of looking at this magical blackbird haiku (easily thirteen, if not four and twenty), each with its own rewards.”


coffee refills reminiscing "what if" scenarios

I called this a monostich (a single line  poem) but it could also be a one-line haiku (monoku) and is part of an ongoing Edward Hopper series, mostly but not exclusively around Edward Hopper’s groundbreaking painting ‘Nighthawks’ (1942): https://www.edwardhopper.net/nighthawks.jsp

Many writers, and others, enjoy occupying cafés for a long while. Everyone has their reasons.

What are the layers beyond the immediate in this one line ‘prose/poem’?  For a writer it might be what if the plot to the novel I’m writing on develops this way, or another way? A poet, of any kind of genre, might be applying a poetic version to that of the novelist.

But what of another kind of person? Is it simply a day off, or a holiday for one somewhere anonymous? Is the ‘home’ environment too uncomfortable or chaotic? Is this someone laid off, or attempting to work out why a relationship went so disasterously wrong. Perhaps they had too much alcohol to drink, and ended up somewhere else, and barely escaped, crept out of an apartment at 6am in the morning?

The wording and order of those words is straightforward from ‘coffee refills’ which suggests a certain type of coffee house, rather than buying a fresh cup each time, it’s cheap coffee and either a server does the refilling, or there’s a machine. It could be a chain hotel, and waiting for the breakfast room to open up, and there’s thoughtfully a machine or two already prepped. Someone might be on some kind of course or conference, and simply going through the most important pitch of their lives.

The verb used is reminiscing which usually means going over past experiences that you remember with pleasure. But is that always the case? Or if it is, perhaps a guilty holiday romance, usefully short, and with someone from a different town or city or country?

The concrete image of ‘coffee’ and ‘refills’ has its abstract partner of “scenarios” where we can really launch ourselves in different ideas of what that could mean!

"A series or development of events which could be anyone this time."
Even though the word feels closely related to those in the writing or creating drama/documentary occupations  (a written plan of the characters and events in a play or film) aren’t we all, if observed by someone else, looking like a character from a television/streaming video/movie scene, and more likely a soap opera?

In Japanese the term (noun or verb) of reminiscing is:

Translated into “Made to remember.” That brings a whole new ‘nuance’ to everything, in my book!

Enjoy your own versions, don’t feel guilty though. I like to feel it’s a time to be ourselves, enjoying a good coffee and wrapped into its steam, as we go back in time. Perhaps to ‘what if’ but hopefully in a good and enjoyable manner.

This is both a play on Hitchcock’s film Birds, and for of course where Alma Reville was often responsible for the edginess in Alfred Hitchcock films, most famously and allegedly creating the shower scene in Psycho that still makes some of us nervous when alone in our home or elsewhere with a shower curtain obscuring our view, if we hear a noise in the next room, or at the entrance door. A forest is both a dreamlike place, but it is a business for natural residents from birds to four legged animals undertaking what they have to do to survive each day. We are not only destroying forests, and woodlands, but each property development, where with existing buildings or not, have trees unnecessarily destroyed. We don’t seem to respect the homes of other animals, and after all we are but another animal species, aren’t we?

when yellow is round I miss your apostrophe

Perhaps just for fun and mystery. It’s also part of ongoing giallo/yellow series of haiku and haibun/tanka stories around various themes, including violence in the saffron trade.

trucks in the violin mimicries of D-sharp minor

The violins piece is about a very dark part of 20th Century history, although it’s been repeated in this one too, but by different people.

This is from my experience on the Caledonian Sleeper to Scotland. Also watching my wife set off or arriving by train from various meetings etc… each window is a story, each person is a story, each glance is a story. Are we are our own window…on a night train to somewhere?

And I’d like to end on a commentary by highly regarded Scott Mason (author/editor of The Wonder Code) who was the judge for the haiku section. 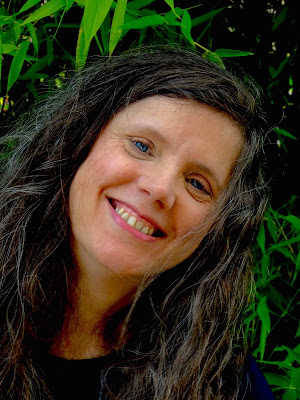