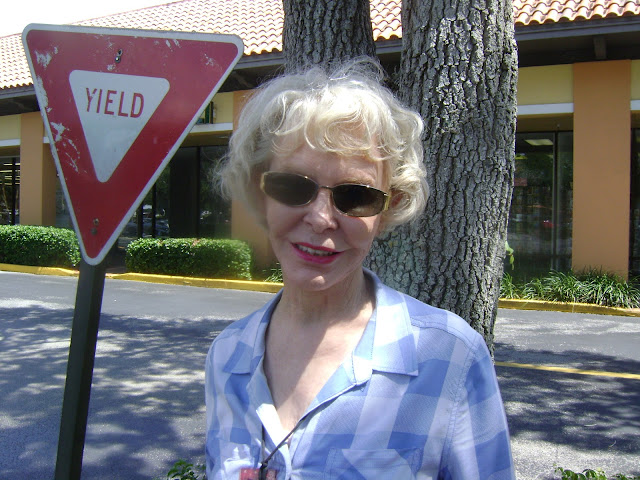 I live in Waukesha, Wisconsin and began writing haiku in 2014 with the mentoring skills of Ferris Gilli. I knew nothing about haiku except what I thought were the rules of 5-7-5. I had a lot to learn and Ferris was there until she felt I could walk by myself.

I begin with this free verse poem because the word, Yes, has always propelled me forward even when afraid—most often then. My mother taught me at a young age to look at the world with a positive attitude. It began with the uncertainty of walking to the garage in the dark. She walked with me the first time, then asked me to try. I did and felt such a wave of excitement that I could do something while feeling petrified. Yes, moving forward, has been my nudge throughout the life crisis we all encounter.

Shimmering but cold, late afternoon rides
across day. Pushed by wind, the Gulf moves
fast but without ripples. And though the wind
negates the sun’s warmth, it cannot erase
the diamond-dazzle, or sheen of light
swallowing sailboats in its maw.
Gerard Manley Hopkins comes in on a wave—
on a wave his concept of inscape, living into
the thing, living into this blinding brightness,
entombed in its womb—saltwater sea,
amniotic fluid, floating cloud.
I cannot explain what’s happening or the rise
of joy. But I say Yes. Yes to everything.

I include this poem which comes from the middle of my life, arguably the greatest challenge in my life—the diagnosis of cancer and the loss of my hearing. My thought was to take a color and see if I could describe a whole life experience. I also chose blue because it encapsulates for me a belief I have as a writer—that we are always writing our own biography—and the raw material we continue to mine from is our childhood—the world we were born into—its physical presence as place, the emotional landscape, the attributes we were born with, develop or erase with the environment. 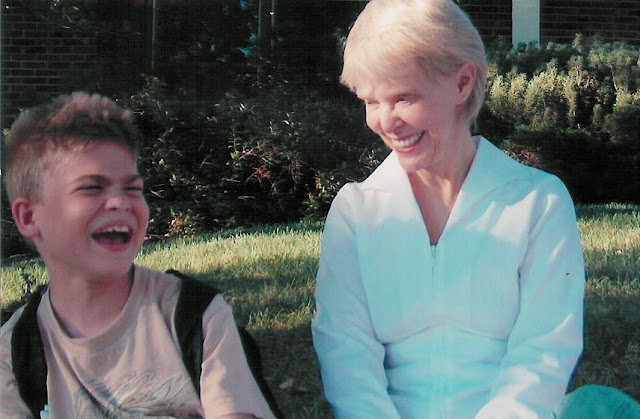 my father’s whistle in a blade of grass

My dad was an Indian Scout from his early years in South Dakota, and he passed his love of nature on to us. He was a birder, a hiker, collector of unusual stones. We learned how to use binoculars, how to wait patiently and listen. We moved from state to state, and Dad felt the best way to appreciate the environment was to walk, use our senses, observe.

In the meadows around our home in Minnesota filled with wildflowers and milkweed, we’d often take a blanket and picnic there after church—three kids and our parents. While mom and dad talked, we’d pick wild strawberries for dessert, pick buttercups, splash around in the creek. Today when I think of that freedom, borders becomes a catch word for loss—not only the dwindling of monarch butterflies, but also of people crossing.

finding my friend’s name
a cherry blossom
kind of day

I visited Washington DC to see the Vietnam memorial for the first time in 1986 and in 1998 was able to find my friend’s name. The cherry trees were in full bloom as my friend had been when he left for the war. What a reminder of impermanence.

pink-tinged clouds…
the petals begin to fall
in abundance

Mary Jo Balistreri
Masters of Japanese Prints: Haiku
In autumn 2019, poets from around the world responded to a call for haiku, a form of short Japanese poetry, based on Japanese prints in the collection at Bristol Museum & Art Gallery (England UK). People sent in more than 800 beautiful, thought-provoking poems from thirty countries worldwide.
https://exhibitions.bristolmuseums.org.uk/japanese-prints/haikus/

Being able to spend as much time as I liked with these amazing woodblock prints was pure joy.

I’m still looking at them and feel it such an honor to have had one of my haiku selected.

A note from Alan Summers:
The museum end up receiving over 900 poems! The museum loved selecting the ones you can experience in the weblink above. 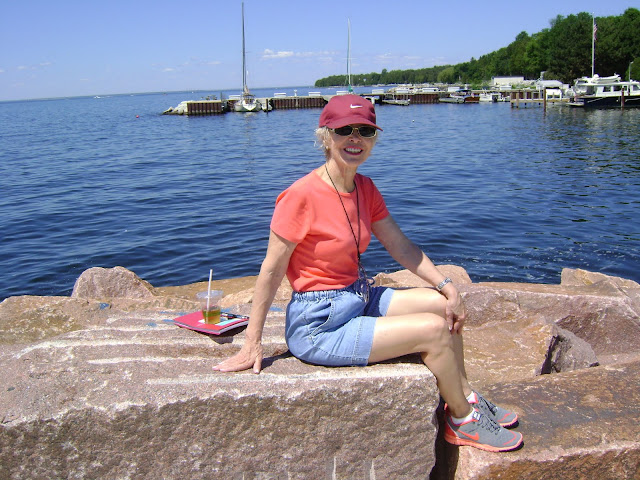 Writing haibun is one of my greatest pleasures. Ferris Gilli suggested I try, and with her guidance I was able see how much joy there was in combining prose and haiku. Today Alan Summers inspires and encourages me to keep writing.

This was one of my earlier haibun and still a favorite. It brings back those unbearably hot days and the boredom of the mushroom cloud in between the scattered TV programming, the awful reception, but the joy of finally having our friends sitting on the floor of our living room, all of us rapt in Flash. It shocks me today that we didn’t understand at all what we were seeing. Tours were conducted and considered entertainment. People would pay to witness the testing site.

In the fifties, we moved to South Dakota, and Dad bought a Magnavox TV. The signal blew hot and cold over the plains from Iowa so he instructed my mother to keep the set on. We woke each morning to a test pattern, watched through a snowy screen the denotation, the formless rising, and finally the large mushroom mushroom cloud. The process repeated itself all that hot summer.

as ordinary as Corn Flakes and Wonder Bread we were children

Only at night when Flash Gordon arrived did we huddle around the TV with our playmates. Ray guns and space wars. Finally, something happened.

We had moved from Detroit, Michigan to Mt. Laurel, New Jersey. I was separated from my husband, so it was just me and the three kids. A turbulent and uncertain time both inside and out.
When the looting and rioting began here in 2020, our cities burning in the US, it triggered that time in ‘67. Music helped center me and brought some good times into our lives as we all gathered around the piano.

In the time of Martin Luther King and Detroit in flames, my children and I gathered around an old upright each night to learn the songs of Pete Seeger. We sang with gusto We Shall Overcome, Guantanamera, What Side Are You On Boys. We mixed peaceful protest with Roger’s and Hammerstein’s Dites-moi, Getting to Know You, and others. The songs wafted out the open windows that hot summer and after weeks of hearing us, a few of the neighbors began to sing along.

My husband and I have many birdfeeders, and a large birdbath. Watching the comings and goings, nest building, and social gatherings of birds is a constant joy throughout the day. The incident I wrote about reminds me of our relearning with grown children. They’d come back home and to us they’re still our kids. We’d forget they were adults. Birds don’t tolerate interference either.

All afternoon robins come. Six, seven at a time to the birdbath. They push like kids at a pool. One, fully immersed, splashes the others. Two more wait on the railing for a turn. In all the years we’ve courted birds, nothing like this has ever happened.

Like kids with noses pressed to the window, we’re afraid we will miss something.

Later in the day, sun low in the sky, the water is almost gone. The birds keep arriving but unknown to us, we’ve changed back into adults.  We’ve forgotten this is their world, we are visitors.

We add more water. We wait…

on the back porch
watching shadows
only our rockers speak

We have raccoons. When scratching in the walls becomes louder, we call an expert. He climbs up on the roof, finds a latrine site, raccoon droppings, an open chimney. The raccoon’s been here for some time. Do you have an ash pit? We do and all of us trudge downstairs. When our expert knocks hard on the ash pit door, a snarl threatens. Don’t open this door. That’s a defensive growl. Probably a female about to have babies.

thunder
off the mountain…
moving away from lightning

At the expert’s suggestion, we hang pneumonia-soaked rags on the chimney. One night while we’re outside with neighbors, a guy says, Hey, there’s a raccoon. He has a white rag in his paw, and we all laugh. It looks down at us as we look up. So much for that, my husband says. The next suggestion—play a radio and blare hard rock from inside the fireplace. It drives us crazy, but soon we hear squealing, crying noises that tunnel up from the ash pit. We know just how much Mother was bothered by hard rock. We turn off the radio and call a truce for four weeks, giving her time with the babies. We can’t screen in the chimney with no escape for the raccoons. Or leave it open for more to come. Finally, we order a high-pitched sound gismo. Raccoons find the high frequency intolerable. Humans can’t hear it. But we find humans can hear the heart-piercing cries of an animal’s distress. The sound hurts in a different way.

We need them to go; we don’t want to harm them. Back and forth we battle pros and cons. Around 2 am, we make a hard decision, go to bed and leave the sound on. The raccoons leave sometime during the night. Fifty years later, we still carry those cries.

In a dusty old warehouse on the Charles River, wood sings in all its manifestations. Melody vibrates within Norway spruce waiting to be cut into sound boards, into trunks, split and stock- piled. Aproned apprentices show by their touch the reverence they feel for the wood.

The Master holds a piece of mahogany while he speaks. He points to piles of satinwood, basswood, rosewood, pine, and says it is important not to forget the wood has known only the music of dense forests and high mountain tops, of the creatures that lived within its shelter, and the elements that shaped it.

It is our job, he says, to soothe the tree’s spirit while we apply damp clothes, adjust clamps, steam the wood to fit a jig.

We wander over to watch men cut out a keyboards while others apply ebony to the natural keys and ivory to the sharps. A woman voices an almost finished instrument. We’re shown how the harpsichord is like a guitar, the plectrum plucking the brass strings; No wonder this instrument will take almost two years to build.

After we leave, we meander over to the river to sit and talk, having spent an afternoon in a world so different from ours, as if we’ve visited a foreign country. And yet, we are completely comfortable. The smell of wood is intoxicating and the way it is treated is a kindness we have only read about. Everyone who works there is passionate about maintaining the spirit of the wood. We are changing the woods’ purpose, they say, yet the wood will always have a voice and a timbre.

It’s so personal, almost like making love, my husband says.

Thank you for asking me to participate.
Jo Balistreri

Thank you so very much for this wonderful opportunity to share experiences and poetry.

An absolute pleasure and honour to create this post!

Alan Summers
Call of the Page