Two Day Book Launch Events for
Another Country:
haiku poetry from Wales
the first ever Welsh national anthology of haiku poetryPublished by Gomer Press and edited by Nigel Jenkins, Ken Jones and Lynne Rees, it features haiku, tanka, haibun and somonka – in both English and Welsh – by forty poets, from Wales's haiku pioneers. 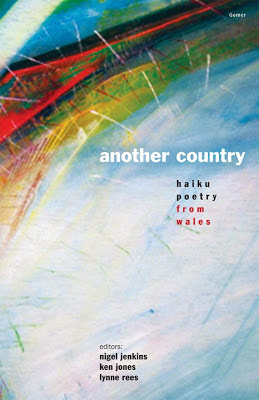 And finally, a reading from Group 3

The Saturday Haiku Night
At The Dylan Thomas Centre
with music

First Event: Readings from workshop participants from earlier in the day

MC'd by Nigel Jenkins, who explained that as well as playing between performers's readings, the musicians will improvise during the actual readings.   This was a tremendous success. 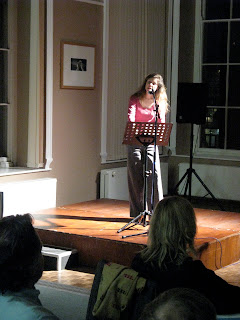 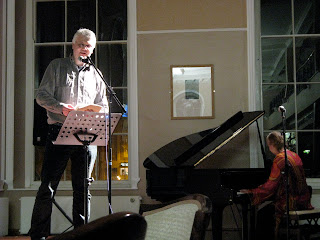 Alan looking far more serious than he should. ;-)